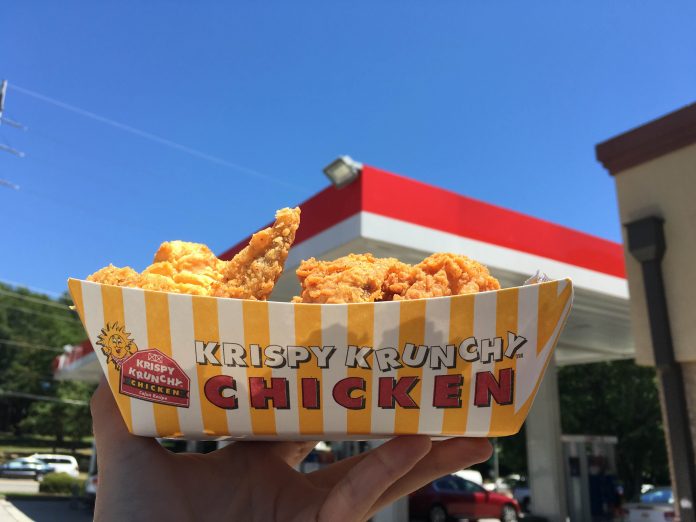 Bethea, an Atlanta-based contributor to the New Yorker (and Atlanta magazine), talks to some of Clinton’s old African-American classmates at Wellesley College about the presumptive presidential nominee’s evolution from Goldwater Republican to stalwart Democrat:

In her memoir “Living History,” from 2003, Clinton acknowledges that, before Wellesley, “the only African-Americans I knew were the people my parents employed in my father’s business and in our home.” She went on, “I had not had a black friend, neighbor or classmate until I went to college. Karen Williamson, a lively, independent-minded student, became one of my first friends there.” Now a health-care consultant and, until last summer, the president of the Wellesley College Alumnae Association, Williamson remembers “clowning around in the dorm” and once attending a white church with Clinton. “She was somebody who was clearly smart,” Williamson said. “And, over the course of her years at Wellesley, she became more exceptional. But during our freshmen year she was just somebody who was a friendly, fun person.” Gist agreed: “She was and is warm, empathetic, and funny. The disconnect between that person and how she appears and is portrayed has always puzzled me.”

As has been widely reported, Clinton arrived at Wellesley College as a Republican “Goldwater girl,” influenced by her father’s conservative politics. She joined—and soon led—the school’s Young Republican chapter her freshman year. “I didn’t see her as a Goldwater girl, per se,” Francille Rusan Wilson, a professor in the departments of history and American studies and ethnicity at the University of Southern California, said. “She was a moderate person. As time went on, she wasn’t one of the more vociferous women’s-lib or anti-war women. She was not the leader of most campus protests, or the forward edge of radical change. But she was part of the consensus that helped bring things to a conclusion.”

What happens when a group of college journalists grab hold of Georgia’s ethics laws? For 50 elected judges in metro Atlanta, it was a rude awakening to hear they hadn’t filed personal financial disclosures or paid subsequent late fees. In partnership with the AJC and WSB-TV, the students of the Georgia News Lab proved to judges that ignorance of the law is, in fact, no excuse:

Some judges seemed surprised and even exasperated when told by student journalists they hadn’t followed disclosure laws. “You’re saying I’ve been fined?” Judge Tom Davis asked in a phone interview. Davis, a Superior Court judge in Gwinnett County, has been on the court since 2006. He had never filed a personal financial disclosure report, and had racked up $500 in late fees for overdue reports.

The day after a reporter spoke with him in April, he started to get his filings in order. Over the course of several days, he filed years of reports, from 2006 to 2014. In a first, he also filed a personal financial disclosure on time—his 2015 report. Judge Davis acknowledged the breakdown was his fault. “I blame that on no one else,” he said.

All told, the 50 Superior Court judges reviewed were assessed at least $13,500 in late fees over the past five years. Some swiftly settled their debts as word of the news investigation spread through local courthouses, but a few still haven’t paid up. In March, roughly $4,750 was unpaid and by June 9 five judges still owed $2,125.

“I’m just dumbfounded,” said DeKalb Superior Court Judge Clarence F. Seeliger. “I think when the attention’s brought to them, they ought to be paying as soon as possible. That’s part of our responsibilities as judges.”

For more than four decades, William James Vahey drugged and abused his students at schools across the globe without retribution. It was only after the feds closed in on him two years ago that, shortly after passing through Atlanta’s airport, he committed suicide. Booth takes us into the world of one the worst pedophiles ever:

It was not yet clear whether the material on the flashdrive had been created by Vahey or simply obtained from the internet. “There was no arrest warrant or search warrant for his residence because these cases take a while,” FBI special agent Carlos Barrón told a reporter from Univision, a Spanish-language TV station based in the US.

From Atlanta, Vahey could have gone to the family beach house at Hilton Head Island, a picturesque stretch of Atlantic coastline in South Carolina. Vahey shared the house with his wife Jean, with whom he had two children, and who was at that time working in London as the head of the European Council of International Schools. Instead, he headed north to Minnesota, where his mother was staying in a nursing home.

The morning after Vahey had checked in, the front-desk manager at the Quality Inn could get no response from Vahey’s room. He went to the door and opened it with a master key. Vahey lay dead in the bath, stiff from rigor mortis, his torso smeared with blood. On the floor lay an eight-inch kitchen knife. Bottles of medicine were scattered across the room, along with a suicide note to his family.

The Rock County deputy coroner, Dr Richard Morgan, recorded that there was no sign of struggle. Morgan pushed his finger easily into a deep wound in Vahey’s chest and concluded: “cause of death: self-inflicted knife wound to the chest”. Vahey’s short torment since being exposed was over. That of his victims, their families, his colleagues and superiors around the globe, was about to begin.

Read: How did one of the worst paedophiles in history get away with his crimes?

Muriel Vega for Thrillist on her love of gas station grub

Vega, an Atlanta-based writer (and Atlanta magazine contributor), opines on the surprisingly delicious gas station food our city has to offer:

I’m unsure of the exact moment when I fell in love with gas station food. Was it the time I tried the Krispy Krunchy Chicken at the station on Moreland? Maybe it was when I walked out of the Clermont Lounge at 1am and handed the man standing by a smoker a $10 bill in exchange for the biggest BBQ sandwich I’ve ever seen. Whenever it was, it wasn’t love at first sight. But the spark had been struck. And that spark would ignite a bonfire.

But allow me to backtrack a bit. I’ll admit that eating gas station food is not for the weak-willed or faint of stomach. The first time I tried the fried chicken at the Exxon, I was nervous, hungry, and could feel the gaze of the cashier silently judging my seemingly odd choice. The gas station had always been within walking distance of my house, but aside from the occasional tank of gas, I never thought to pick up my actual dinner from there.

And then I did. And the more I went, the more I enjoyed the crispy dark meat accompanied by a flaky honey biscuit. A few weeks later, I visited a hot chicken pop-up in Candler Park, where the chef validated my palate by telling me that the Exxon I was frequenting was one of his favorite chicken joints. I knew I was onto something.

In the wake of the Orlando massacre, there’s been an incredible amount of incredible reporting about the nation’s deadliest attack since 9/11. That includes reporters in Orlando (The Sentinel’s coverage) and Atlanta (“Atlantans reflect on 1997 bombing following Orlando gay club massacre“). Here, Torres pens a beautiful essay on the sanctity of clubs for the LGBT community:

People talk about liberation as if it’s some kind of permanent state, as if you get liberated and that’s it, you get some rights and that’s it, you get some acknowledgment and that’s it, happy now? But you’re going back down into the muck of it every day; this world constricts. You know what the opposite of Latin Night at the Queer Club is? Another Day in Straight White America. So when you walk into the club, if you’re lucky, it feels expansive. “Safe space” is a cliche, overused and exhausted in our discourse, but the fact remains that a sense of safety transforms the body, transforms the spirit. So many of us walk through the world without it. So when you walk through the door and it’s a salsa beat, and brown bodies, queer bodies, all writhing in some fake smoke and strobing lights, no matter how cool, how detached, how over-it you think you are, Latin Night at the Queer Club breaks your cool. You can’t help but smile, this is for you, for us.

Outside, tomorrow, hangovers, regrets, the grind. Outside, tomorrow, the struggle to effect change. But inside, tonight, none of that matters. Inside, tonight, the only imperative is to love. Lap the bar, out for a smoke, back inside, the ammonia and sweat and the floor slightly tacky, another drink, the imperative is to get loose, get down, find religion, lose it, find your hips locked into another’s, break, dance on your own for a while—but you didn’t come here to be a nun—find your lips pressed against another’s, break, find your friends, dance. The only imperative is to be transformed, transfigured in the disco light. To lighten, loosen, see yourself reflected in the beauty of others. You didn’t come here to be a martyr, you came to live, papi. To live, mamacita. To live, hijos. To live, mariposas.

Read: In praise of Latin Night at the Queer Club