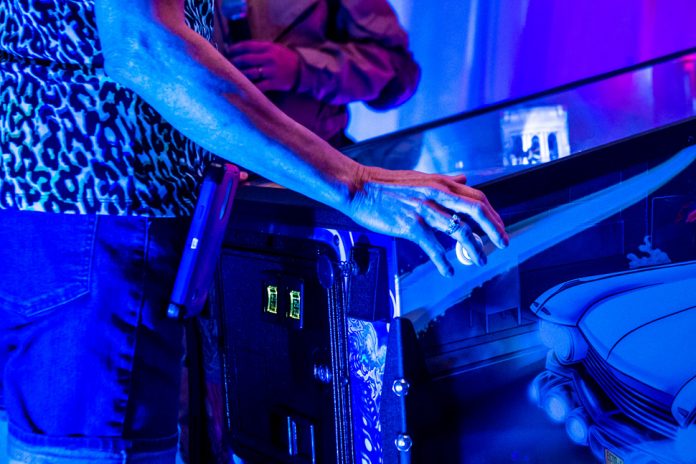 Vietnam veteran Andrew Howard Brannan, who had long suffered from PTSD, was the first person executed in the United States in 2015. Sparing few details, McMichael recalls the troubled life of a Bronze Star recipient who, after serving his country, killed a deputy sheriff in a moment of madness:

The Georgia state parole board, an all-male body comprised of political cronies and corrections personnel, picked a symbolic date for the clemency hearing: January 12, 2015, the seventeenth anniversary of the crime. Despite little chance of success, Andrew’s lawyers mounted a passionate defense, including testimony from seven veterans. Lane Dennard, who had since retired from King and Spalding, told the board that killing a veteran who’d been treated so poorly by his own government, regardless of the crime, put shame on the Constitution.

With 2015 marking the 50th anniversary of the Vietnam War, now seemed like the perfect time to stop executing mentally ill combat veterans. Brannan’s lawyers argued that national and international trends pointed to the demise of capital punishment, particularly for inmates with severe mental illnesses. In fact, Texas prosecutors were not even pursuing the death penalty against the mentally disturbed soldier who point-blank executed Chris Kyle, better known as the American Sniper. Texas had shown mercy at a time when Clint Eastwood’s biopic of the victim remained No. 1 at the box office. Unmoved, the parole board rejected Andrew’s petition in a split decision.

One of the last people to see Andrew alive was Dick Tolcher, a Catholic deacon who received a Bronze Star fighting for the Marines in Vietnam. He’d met Andrew a few weeks earlier at the family’s request. On the morning of the execution, he led them all in prayer, as Andrew closed his eyes and pleaded for forgiveness. The twins and their families, including Beth, stayed for six hours, assuring Uncle Andrew that he was not a failure, promising that he would soon meet his father and brothers in the free open spaces of Heaven. Andrew’s last supper consisted “of three eggs over easy, hash browns, biscuits and gravy, sausage, pecan waffles with strawberries, milk, apple juice and decaffeinated coffee.”

Before he died in 2014, the Atlanta DJ Nando regularly spun records at the city’s iconic strip clubs, from Magic City to Onyx, launching the careers of some of the South’s finest rappers. To some, Lee writes, he was like the “Simon Cowell” of the streets:

“We go in that Tuesday or Wednesday, have a drink, and go to Nando like, ‘Man, I got something, I want to hear what it sounds like in here,’” says Coach K. “He’ll play it. If the girls move, he be like, ‘Yo, you might have something, Coach. Give me that and let me see during primetime.’” Primetime is Monday night, when the local hip-hop industry hangs out. But Nando would set an even higher standard.

Two years after meeting Nando, Jeezy signed to Def Jam. Still, the label wasn’t convinced of his star power. L.A. Reid hadn’t seen him club-hopping with Black Mafia Family cocaine kingpin Big Meech, hearing his music at every stop. Trap wasn’t a known genre yet. So in 2005, label staff and radio programmers flew down south to see Monday night in action. The 800-person crowd spilled out into the parking lot. Dancers, bouncers, and hustlers recited every word to Jeezy’s mixtape Trap or Die, played straight through. This wasn’t a mainstream crowd, but it was a cult following that made it rain.

At one point, Nando cut off the music. Time to put this scene into perspective. “For those who don’t know, this is Jeezy’s motherfucking city,” he declared. As for Jeezy’s Def Jam debut, 2005’s Let’s Get It: Thug Motivation 101: It went platinum within its first month. To this day, he credits Nando. “At the time I was coming out, it was Lil Jon. It was Lil Scrappy. It was Crime Mob. It was snap music. Everybody kept going uptempo. He was making slow street music work for the club.”

Read: How a Strip Club DJ’s Death Marked the End of an Era in Atlanta Hip-Hop

The hashtag #AirbnbWhileBlack has prompted minorities to publicly discuss moments in which they’ve been discriminated against by owners of Airbnb rentals. Glusac examines a tech startup trying to grapple with the growing problem:

When Ronnia Cherry, 30, and Stefan Grant, 27, rented a house in Atlanta through Airbnb last year, they were caught off guard by police officers at their door, with guns drawn, responding to a neighbor’s report that they were thieves. “We had to explain the owner gave us the security codes,” said Ms. Cherry, who, like Mr. Grant, is among the rising tide of black travelers decrying racist experiences while using the home-sharing service, and giving birth to the social media campaign #AirbnbWhileBlack.

The long-simmering issue was inflamed last month when an Airbnb host in North Carolina made hateful, racist posts in canceling a booking by a black guest. It is the latest in a series of stories, both anecdotal and academic, regarding bias in the home-sharing system. In May, Gregory Selden, a black Airbnb user, turned to Twitter to share his experience of being turned down by a Philadelphia host. He posted that he then “made a fake profile as a white guy and was accepted immediately.” He has since filed a lawsuit against Airbnb, saying that it violated his civil rights.

A January study from Harvard Business School found that Airbnb users with distinctly African-American names were roughly 16 percent less likely to be accepted as guests than those with distinctly white names. The difference persisted, according to the report, whether the host was black, white, male or female, or whether the accommodations were shared or not.

Read: As Airbnb Grows, So Do Claims of Discrimination

Across the metro region, while video game enthusiasts have collected pinball machines in their basements, the city lacks a true arcade that isn’t part of a restaurant. Martin explores why Atlanta lacks the arcade culture that other cities do:

Variety is the difference between classic arcades and a bar or restaurant that has one or two pinball machines. An arcade like Pinball Wizard in Pelham, New Hampshire, features more than 100 different pinball machines and almost 200 video games. The Flashback Arcade in Murfreesboro, Tennessee, has more than 70 arcade games and over two dozen pinball machines. You can spend an entire day replaying old favorites and making new ones, and seeing how games changed and grew more complex over time. That’s not possible at a sports bar that only has a Golden Tee, a Big Buck Hunter, and a couple of pinball machines from the last decade.

But arcades don’t exist in metro Atlanta the way they do in other cities. The only classic arcade in the city, Old Fourth Ward’s Joystick Gamebar, is mostly a bar and has 16 games, far less than typically found in an arcade. Joystick has ’80s classics like Robotron and Donkey Kong as well as ’90s fighting games and NBA Jam. It holds a variety of events that capitalize on the broader popularity of what co-owner Brandon Ley calls “geek culture,” including robot battles, game-focused stand-up nights, and tournaments for new Xbox and PlayStation games such as Rocket League. “[Joystick] pulls in from so many different [geek] groups that we have a little something for everyone,” Ley says.

Although Joystick has a solid selection of arcade games it only has two pinball machines, a prime factor in the popularity of classic arcades. Atlanta is largely arcade-free due to a number of challenges including sprawl and expensive state coin-op licenses. So local fans of old-school games have gone underground. A group of dedicated collectors has established a network of home gamerooms filled with the games of their childhoods. Once a year they bring these machines together for the public at the Southern-Fried Gameroom Expo. The rest of the year they open up their gamerooms to fellow collectors at game parties, league nights, and tournaments. Classic arcades exist around Atlanta, they’re just in suburban basements instead of malls.

Georgia-born paleoanthropologist Lee Berger, who claims to have discovered two primate species predating humans, is one of science’s most prominent, popular, and polarizing figures. Williams, a former Atlanta magazine contributor, profiles him on the heels of his latest discovery in South Africa:

Berger is a fifty-year-old Eagle Scout with thinning, once blond hair and a ruddy, boyish face. After twenty-six years in South Africa, he says “shed-dule” for “schedule,” “pay-tent” for “patent.” Extremely comfortable onstage, he delivers lectures in a singsong voice made sibilant by a slight lisp. He usually wears a leather or linen jacket, and on camera he often adds a safari hat.

On September 10, 2015, a National Geographic pin winked from his lapel as he took the stage at the Cradle’s visitor center, to announce the eLife papers. “It’s showtime, folks!” a Wits faculty member declared, as the event streamed live. Berger first noted that the Rising Star project was “not ‘The Lee Berger Show,’ ” and praised his team. Then he stated that the cave bones represented a beguiling new species. The orange-size brain (a third the size of ours) and the high shoulders were apelike; the feet were “Nike-ready,” as National Geographic put it. Adults stood about five feet tall. The hands had the sophisticated wrists of a recent relative but the well-curved fingers of an old species. Altogether, the fossils suggested a deft climber who also walked on two legs. Berger said, “I am pleased to introduce you to a new species of human ancestor.” On a large video screen loomed an artist’s rendering of a bearded creature with shrewd eyes and a furrowed brow.

Fifteen individuals, from infant to elderly, had been found at the site, Berger went on—the demography of an entire population. Fossil deposits usually contain other organic matter, providing hints about ecosystems and geologic age, but, apart from a few mouse teeth and owl bones, excavators had found no signs of plants or other animals. Oddly, the bodies appeared to have been isolated in the cave. There was no evidence of predators or scavengers. There were no tools, or hints of fire or natural disaster. Some skeletons were intact. The bizarre configuration had led to the “rather remarkable conclusion that we have just met a new species of human relative that deliberately disposed of its dead,” Berger told his audience. He added, “Until this moment in history, we thought that the idea of ritualized behaviors directed toward the dead . . . was utterly unique to Homo sapiens.”