In 2012, music director Robert Spano commissioned Christopher Theofanidis to create a new work for the Atlanta Symphony Orchestra. Yet the composer didn’t set down the first notes for the piece, “Creation/Creator,” until last spring, after months spent researching creation stories from different cultures. “I started with the notion that the impulse to create comes from somewhere,” Theofanidis says, whether that’s “a divine inspiration” or “the search for some kind of truth.”

The work—an orchestral, choral, and solo performance about mankind’s genesis—will have its world premiere at the ASO this month. Since he was hired in 2001, Spano has made it a priority to fund original compositions; the orchestra has premiered 37 new works under his direction. Theofanidis is a member of the Atlanta School of Composers, an informal group of artists that Spano regularly taps for new pieces.

Premiering original work “shows that we care about contributing to the future of the art form,” says Evans Mirageas, vice president for artistic planning and operations at the ASO. Plus, showcasing new music by internationally renowned composers like Theofanidis boosts Atlanta’s status among world-class cities.

“Creation/Creator” blends influences from rock, classical, and world music, and Theofanidis will utilize the full orchestra and chorus, in addition to five soloists—making it the biggest and most ambitious piece he has written for the ASO. “My aim is to help the audience forget party lines and enjoy an experience about our common humanity,” he says.

On the calendar On April 23 and 25, be among the first to hear “Creation/Creator” at the Atlanta Symphony Orchestra. 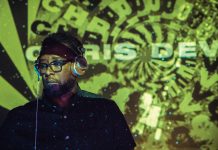