It’s Sunday afternoon, about 30 minutes before game time, and a few thousand people are stepping out of an overcast February day and into the Infinite Energy Arena just outside Duluth. A majority of the crowd are families of four and five, with most of the kids wearing their school colors. In the lobby a guitar-and-keyboard duo wail 1980s R&B covers as barkers hawk sweatshirts at $65 a pop. The shirts and other team merchandise read “Georgia Swarm Lacrosse.”

This is just the third home game for the newly christened Georgia Swarm, a team in the professional indoor National Lacrosse League that relocated to Gwinnett County from St. Paul last year. It’s actually one of two new local pro lacrosse teams, the other being the Atlanta Blaze, an expansion team in the outdoor Major League Lacrosse that starts its inaugural season in late April in Kennesaw. “Lacrosse is booming down here,” says Swarm president Andy Arlotta, who co-owns the team with his father.

While Atlanta has long been maligned, often fairly, for lukewarm support of its big league teams—the Braves, Hawks, Falcons, the WNBA’s Dream, and the gone but not forgotten Thrashers—its suburbs have become a hotbed for smaller franchises in niche sports. The Swarm and Blaze join the also brand-new Atlanta Vultures indoor football team that plays in College Park, as well as the longer-tenured Atlanta Gladiators minor league hockey team and the Atlanta Steam “lingerie league” indoor football team, both of which also call the Infinite Energy Arena home.

Interestingly, the reason second- and third-tier franchises might succeed here is the same one used to explain why we can’t get behind our top-tier teams: Nearly half of Georgia’s population came from somewhere else. “Atlanta’s transient nature allows for strong connectivity between emerging sports and the passionate fanbases that live here,” says Dan Corso, executive director of the Atlanta Sports Council, an arm of the Metro Atlanta Chamber tasked with recruiting sports franchises and events. Corso also points to the suburbs’ variety of midsized multiuse facilities, like Infinite Energy Arena (originally the Gwinnett Civic Center) and Fifth Third Bank Stadium in Kennesaw—venues large enough to host team sports but small enough to cozily accommodate a couple of thousand spectators. And there’s also the fact that Atlanta is a top-10 media market, which gives teams a promotional platform for cultivating their fanbases.

Arlotta checks all of those boxes when explaining why he and his father, John, a healthcare industry executive, chose metro Atlanta as a new hive for the Swarm. Here, he hopes to better fill the 13,000-seat Infinite Energy than the cavernous 18,000-capacity rink the team shared with the NHL’s Minnesota Wild. The Swarm have already had games replayed on Fox Sports South, and Arlotta says that the large population of transplants from the Northeast and mid-Atlantic, where lacrosse has been popular for decades, provides a built-in pool of rabid fans. Between 2009 and 2013, Georgia saw a 59 percent increase in high school lacrosse participation.

The northern suburbs also are home to a concentration of the affluent families coveted by all sports businesses, major or minor. A central reason for the Braves’ move to Cobb County next year is to be closer to its ticket-buying fanbase.

That’s not to say that metro Atlanta is a get-rich-quick destination for niche sports—for either the owners or players. Semi-pro athletes, by definition, have other jobs. With on-field salaries typically running less than $25,000 a year, Arlotta says, only 20 percent of players in the National Lacrosse League are full-time athletes. The rest are weekend warriors, returning Monday to nine-to-fives as lawyers, businessmen, firefighters, teachers, or coaches. Some Swarm team members also play in the outdoor Major League Lacrosse because the seasons have little overlap. Most play for a devotion to the sport, a drive to compete, and the hope of growing the league to the point where it could be a viable full-time gig.

Often the teams themselves struggle for financial stability. Just ask the Atlanta Silverbacks, a 21-year-old franchise in the second-tier North American Soccer League that folded this past January. Even entire leagues have collapsed, as with Women’s Professional Soccer, which lasted less than five years; the local franchise, the Atlanta Beat, boasted future Women’s World Cup star Carli Lloyd when it was dissolved in 2012. Following the Arlottas’ purchase of the Swarm in 2008, the team reportedly lost $1 million a year for next four years. “We do it for love of the sport,” Arlotta says. “Obviously it’s a business, but most professional sports are not profitable. You just work until the value of the franchise or the league increases.”

Arlotta and his fellow team owners are banking on metro Atlanta and its 5.7 million potential fans to be the catalysts for that growth. That’s why, after the Swarm get swatted by the visiting Buffalo Bandits on this Sunday afternoon, the Georgia captain comes out and personally apologizes to the fans over the PA. It’s also why, after they get dressed, several of the starters run up to a long table to sign autographs for a slowly growing line of kids, some wielding lacrosse sticks, while Mom and Dad hold off on the $65 hoodie until they’re sure this allegiance isn’t just a fad. 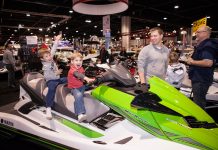 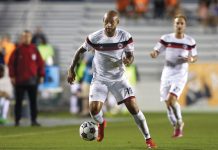 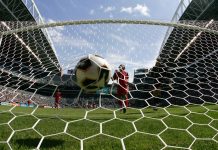 Is metro Atlanta getting another pro soccer team? Investors hope so.