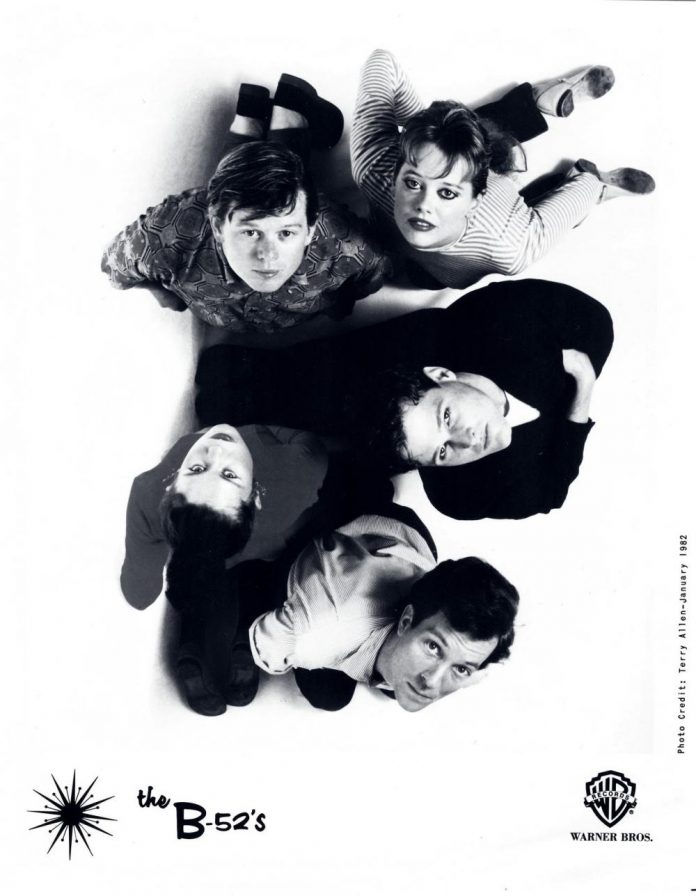 When the Athens-birthed B-52’s rang in the new year on stage at Harrah’s Cherokee Casino this week in North Carolina, one of the group’s founding members was noticeably absent. After 35 years, guitarist Keith Strickland has opted to get off the long and winding road with his bandmates for a quieter life at home in Key West pursuing his passion for photography. The band and Strickland posted his announcement to fans on the band’s website and on his Facebook page.

“Dear friends, I wanted to let you know that I will no longer be touring with the band,” says Strickland in the note. “This has not been an easy decision for me to make, but it is the path I know in my heart I must follow. I will continue to be in The B-52’s — I will just not tour. My barnstorming days have come to an end, but I wholeheartedly support Cindy, Fred and Kate’s decision to continue. . .I’m grateful for the music Ricky, Cindy, Fred, Kate and myself created together. I’m thankful for the many opportunities I’ve had to perform, and I’m filled with gratitude for your continued presence, love and support — together we made something wonderful happen. . .Follow your bliss, Keith.”

Many of the band’s younger fans may be blissfully unaware, but veteran observers credit Strickland, the band’s former drummer, for helping to save the act after the heartbreaking loss of the band’s original guitarist Ricky Wilson from AIDS in 1985. Wilson was not only vocalist Cindy Wilson‘s big brother in the band but his songwriting and signature open-tuned guitar style lent the band it’s quirky, instantly recognizable sound.

For four years, the band members somehow pushed past their grief while Strickland learned Wilson’s distinctive percussive guitar parts, creating new riffs that honored his old friend’s sound all while pushing the act forward creatively. Together, Strickland, Cindy Wilson, Kate Pierson and Fred Schneider found a way to stay together and carry on Ricky Wilson’s musical legacy, as they created the biggest album of their career, 1989’s “Cosmic Thing.”

“It wasn’t easy for anybody,” Schneider recalls of that dark time. “Keith had to learn how to play guitar. Eventually, Cindy was ready to work again and Keith was ready to work again. We all were. But it wasn’t until we wrote that first song together that we realized we could do it and ‘Cosmic Thing’ ended up coming out of it. Keith is a brilliant guitarist and multi-talented at drums, keyboards, bass. He’s just such a talented guy.”

“We had known about Keith’s decision for a while but we just didn’t want to think about it,” Schneider explains. “Keith will probably still be available for special shows but he wanted to get off the road. Keith will always be able to work with us whenever he wants. He’s a best friend.”

Veteran studio and touring guitarist Greg Suran stepped into the line up for this week’s New Year’s Eve gig. “It’s going to sound a little different,” says Schneider. “I mean, you can’t replace Keith or Ricky, especially with all the years Keith wrote and played his music and perfected it the way he did. But we hired Greg and he sounds really good. We rehearsed him in New York and he pulled it off. He knew the material inside and out. It still sounds like The B-52’s.”

Can Schneider understand why Strickland would want to get off the road after 35 years? “Oh, God, yes!” he says laughing. “Let’s just say it ain’t the luxury tour out there anymore!”