In 1977 Colorado music producer Lu Vason attended a Wyoming rodeo and noticed something was missing: black cowboys. Movies and history books, too, often ignore the thousands of African Americans who migrated west, such as Bill Pickett, a 19th-century rodeo star. To honor their legacy, Vason, who died earlier this year, started the traveling Bill Pickett Invitational Rodeo in 1984. “Vason changed history,” says Ronni Davis-Frank, a rider who lives in Rockdale, “by helping us understand the roles black cowboys played in the West.”

On the calendar: On August 1-2, more than 50 riders compete in events like calf roping and barrel racing during the Bill Pickett Invitational Rodeo at the Georgia International Horse Park 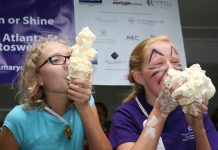 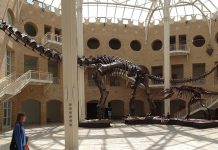