Home News & Opinion From the Magazine Play our political bingo! 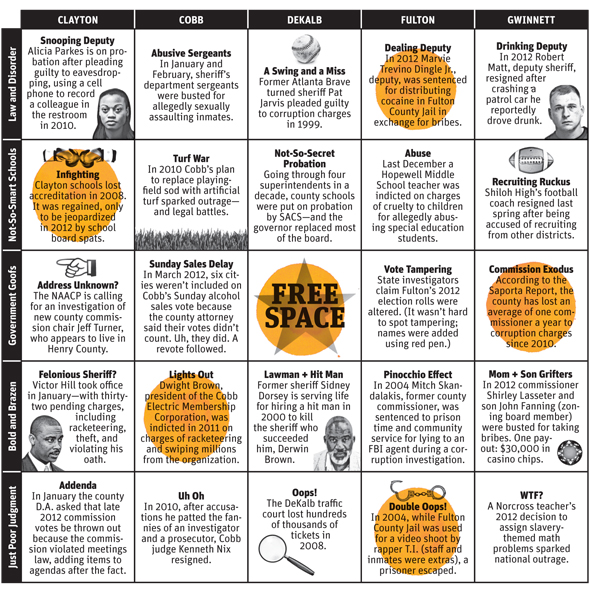 When Victor Hill took office as Clayton County sheriff in January—despite thirty-two pending felony charges—we were tempted to dub Clayton our most dysfunctional county. Then again, while Hill pinned his sheriff’s star back on, DeKalb County CEO Burrell Ellis was subject of a corruption probe. Metro Atlanta is awash in cronyism, corruption, and dubious judgment—dating back to the 1840s Free and Rowdy Party control of City Hall. In recent history, who wins the jackpot?

This piece originally appeared in our May 2013 issue.