Abby Conforti was two years old when she was diagnosed with severe autism. Shortly after her third birthday, she began repeatedly biting her right arm and violently screaming. Jennifer and Bryan Conforti characterized their daughter’s meltdowns as “demonic,” and said they were afraid to hold their child. “My arms are covered with bruises and cuts from her trying to rip my arms off of her,” Jennifer said last month. “If she can’t bite herself, she’ll bite us.”

The doctors didn’t have answers, nor the therapists, nor the pharmacists, nor the nurses during a hospital stay. As a last resort, Jennifer turned to a liquid form of medical marijuana. To her surprise, cannabis oil worked. Abby seemed increasingly conscious, started babbling for the first time, and could be taken to the store without incident. Now five, Abby still struggles with autism, but “she’s happy,” her mom says.

Like hundreds of Georgia families, the Conforti family faces a conundrum: Despite last year’s passage of Haleigh’s Hope Act, which legalized cannabis oil for people suffering from certain ailments, it’s illegal for marijuana to be grown in Georgia. That means Abby’s parents must have the drug shipped across state lines, breaking federal law in the process. In essence, parents seeking cannabis oil for their children face the choice of becoming de facto drug mules or medical refugees.

State Rep. Allen Peake, the Macon Republican behind Haleigh’s Hope Act, has committed acts of civil disobedience to help families sneak the medicine into Georgia. He recently filed House Bill 722 to allow for the limited growth and distribution of medical marijuana in the state. The measure would make access to the drug easier and expand the number of eligible medical conditions from eight to 18.

So far this legislative session, Peake has steered his bill through a series of committee hearings in which he has explained how a regulated medical marijuana program might work. Similar to the model used in Minnesota, the Georgia Department of Public Health could issue up to six licenses to for-profit growers for a single production center and up to four distribution centers spread throughout the state. Each dispensary would be outfitted with a series of security measures—guards, surveillance cameras, and a “seed to sale” tracking system—to ensure the drug doesn’t get into the wrong hands. The pharmacists working at the dispensaries would be required to hold a consultation with every patient.

“This is not something out in the backyard,” Peake said at the first hearing on January 25.

Despite Peake’s emphasis on security, opposition has mounted from elected officials and law officers fearful that the bill would effectively serve as a gateway to a gateway drug. Gov. Nathan Deal, who will have the final say over the measure’s approval, doesn’t believe in-state cultivation should be permitted. During two hearings so far—there’s one more scheduled before a vote—state Rep. Ed Setzler, an Acworth Republican, expressed similar concerns that Georgia risked becoming like pot-friendly Colorado. Peake’s loosely worded bill, he cautioned, contained “barn-door-sized holes” to allow recreational marijuana users easier access to the drug.

Given the state’s growing drug epidemic, the Georgia Sheriffs Association backed Setzler’s stance. Catoosa County Sheriff Gary Sisk, testifying on behalf of the GSA, yesterday told the committee that doctors and patients already circumvent the state’s prescription drug regulations to feed addictions. Making it easier to obtain medical marijuana—even for just the 545 people currently enrolled in the state’s registry—would do more harm than good for the state’s 10 million residents.

“I’ve been in law enforcement for over 25 years,” Sisk said. “I haven’t talked to or seen or met a drug addict that at some point in time hasn’t stated that they started their usage with marijuana. It’s only continued to develop further.”

An apparent inability to distinguish between recreational and medical marijuana uses has mired the ongoing policy debate. In an attempt to ease concerns, state Rep. Micah Gravely, a Douglasville Republican, went so far as to employ a Fast Times at Ridgemont High reference in a question to Peake about his bill’s intentions: “Are we crafting words so that if this bill passes we can say, ‘A-ha! We gotcha,’ and that we allowed the [Jeff] Spicolis of the world to benefit?”

“We’re not trying to pull one over on anybody,” Peake replied in yesterday’s hearing. “All we want is medicine for those who truly do have a debilitating illness and allow them to have access to a safe and legal product here in Georgia.”

The tone of those kinds of questions has upset Blaine Cloud, whose 10-year-old daughter has Dravet syndrome, a rare genetic disorder that causes seizures. Cloud has seen cannabis oil dramatically improve his daughter’s quality of life. But with Georgia’s current law remaining unclear, doctors have shown reluctance to prescribing medical marijuana to patients. Cloud, who with his wife Shannon co-chairs an advocacy group called Georgians for Freedom in Health Care, has tried to dispel the fiction that the legalization of in-state cultivation would create an opening for illegal marijuana use.

“It’s insulting that you can’t distinguish between the two,” Cloud told the committee on January 25, pointing out than an estimated 700,000 people already smoke marijuana in Georgia with little interference from law enforcement. By contrast, Peake estimates that only 10,000 people are likely to join the registry should his bill become law. Legal medical marijuana users would pay between $250 and $500 a month, far more than the average stoner now spends to get high illegally; would be required to meet face-to-face with doctors, and face stiff penalties for abusing the drug.

Considering all those hurdles, Cloud asked lawmakers: Why would someone wanting to get high go through a costlier and more restrictive process? It’s not clear that lawmakers got the message. 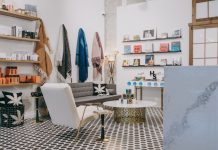 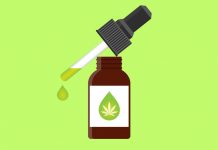 Finally, Georgia can grow medical marijuana. Here’s what you need to know. 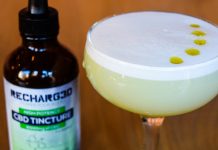