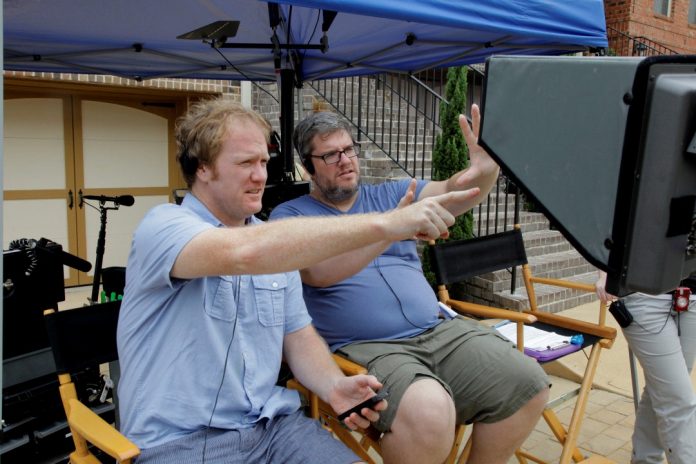 The spider in question lives in a coal chute in Hell and works in the Inferno’s human resources department. “When people have an issue with sexual harassment,” says Willis, “they have to face the giant spider from the coal chute.”

Such are challenges of being a corporate cog in Hades—the subject of Willis’s and Casper’s latest show from William Street, Your Pretty Face Is Going to Hell, which premieres on Thursday, April 18, at midnight on Adult Swim. Actor Henry Zebrowski plays Gary, an Incubus-in-training who is a bit too sweet and goofy for the cutthroat business climate of Hell. Through Gary’s exploits in the Seventh Circle of middle management—you know, turning people inside-out and spraying them with gasoline, or nurturing a coven of Satan’s rats in his scrotum—the show illustrates how the daily monotony of eternal damnation is every bit as hard on the devils as it is on the damned.

Loosely based on a pilot by the same name, released in 2010, Your Pretty Face is the first foray into live-action for show-runners Willis (of Aqua Teen Hunger Force and Squidbillies fame) and Kelly (Stroker and Hoop). They say the main difference from animation is the inflexibility of last-minute editing—you can’t re-create on the fly; you can only use what you’ve shot. That’s why Kelly says they write twenty-minute scripts for the eleven-minute show, enabling them to keep the very best. The other key to directing live action, Willis says, is casting: Alongside Zebrowski is Eddie Pepitone, Upright Citizens Brigade’s Craig Rowin, Aqua Teen’s Dana Snyder, and The Soprano’s Matt Servitto as CEO Satan.

The crucial element, however, is choice of sound effects for self-pleasuring arachnids. After careful consideration, I put my chips down on the third clip, the loudest and zaniest. Kelly agrees: “That’s from the Warner Bros. library,” he says. “We think it’s actually Mel Blanc.”