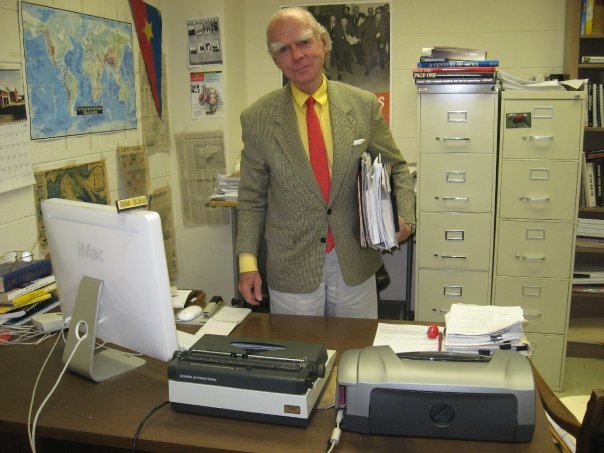 This week the Atlanta Press Club announced its 2012 Hall of Fame inductees, including beloved University of Georgia journalism professor Conrad Fink, who died in January at age 80. Atlanta Journal-Constitution owner Anne Cox Chambers, her late sister Barbara Cox Anthony and their father Governor James M. Cox will also be honored at the October 10 ceremony at the InterContinental hotel in Buckhead. Pulitzer Prize winners Atlanta Constitution publisher Ralph McGill and reporter George Goodwin will also be honored at this year’s event.

The Atlanta Press Club Hall of Fame “recognizes journalists for their lifetime achievements, whose careers represent the highest standards of journalistic integrity and ethics. They have made outstanding contributions either to journalism in Georgia and/or the Atlanta Press Club, often courageously overcoming obstacles to pursue and find truth that the public needs to know.”

“The Atlanta Press Club is honored to include these prestigious and influential trailblazers, who helped set the standard for journalism in Georgia and across the nation,” said WXIA-TV’s Jon Shirek and APC Hall of Fame committee member via a statement emailed this week.

Tickets for the Oct. 10 event are $75 for APC members and $100 for non-members. Proceeds from the event will benefit journalism scholarships. For more information, call: 404-577-7377 or email: info@atlantapressclub.org.