You may not see them, but you definitely hear them.

Coyotes can have a hair-raising, three-octave howl with hiccups of yipping, and they modulate their vocalizations in a way that makes their groups sound larger. You think you’re hearing a giant pack when there probably are only two or three. This phenomenon is called the Beau Geste effect, after a novel in which French Legionnaires propped up their dead along the wall of a fort to appear greater in number. Likewise, as coyotes have become increasingly active here, their ululations are striking outsized fears among metro Atlantans.

Coyotes have been documented in every county in Georgia (one often sighted in Piedmont Park was nicknamed “Rusty”). Last year, concerns prompted state officials to launch a program to trap or kill more of the animals. The Department of Natural Resources prefers not to use the unsavory word “bounty.” Instead, they call it the Georgia Coyote Challenge. Hunters are invited to present up to five “kills” per month from March through August, and at the end of each month, their names are entered into a drawing for a lifetime hunting and fishing license. In 2017, the DNR accumulated nearly 200 carcasses.

“It’s open season on coyotes year-round, and there is no bag limit,” says Charlie Killmaster, an ironically named DNR biologist. “In rural areas and metro regions, they affect the deer population, and in urban areas, they tend to kill small pets. They make an impact wherever they go.”

However, Chris Mowry, associate professor of biology at Berry College, says that “people’s fear of coyotes is mainly fear of the unknown.” He and Larry Wilson, an adjunct professor at Emory University, founded the Atlanta Coyote Project, which studies the animal’s activities and provides public education, in 2014. “We realized there was a real need for credible information to counteract the myths,” Mowry says. “Coyotes are wary, shy animals that want nothing from us. We are trying to change the mentality of fear and show that coyotes are a special part of the environment, that humans and coyotes can coexist in peace.”

How to identify a coyote

If you spotted the recent viral meme about a clueless animal lover who bathed a stray dog that actually turned out to be a coyote, take note: That was a hoax. Coyotes are smaller than wolves but larger than foxes. Here’s what to look for:

“You’re much more at risk of being attacked by a dog than a coyote,” Mowry says. Of the 350 or so animals that test positive for rabies every year in Georgia, less than a handful are coyotes, he adds. In fact, coyotes are so anxious to avoid humans that the diurnal creatures often become nocturnal in urban areas, appearing mostly when people are typically indoors.

The best way for people to avoid the animals is to stop providing food, Mowry says. Coyotes, which are not exclusively carnivorous, are attracted to pet food, compost piles, open trash, dirty grills, and even rodents drawn to spilled bird feed.

His group opposes the Georgia Coyote Challenge. Last year, they advocated for state legislation banning wildlife-killing contests, even asking Governor Nathan Deal to halt the DNR’s event, to no avail. Mowry believes the Challenge is not only inhumane but also counterproductive.

“As coyotes are killed, it reduces competition for those who remain or move in,” he says. “This means there is now more food to go around, and litter sizes increase, and more pups survive. You end up with a larger population than when you started.” Moreover, coyotes eat roadkill and mice. Rodents can carry ticks bearing Lyme Disease, and the disease could increase in humans if the canines are removed, Mowry says. “There are ripples across the ecosystem when we try to tinker with it.”

Coyotes used to be largely a western U.S. phenomenon, figuring prominently in indigenous folklore as charismatic “trickster” characters. But once humans killed off most of Southeast’s red wolves, the region was open for a new canine predator. Coyotes loped into Georgia about 50 years ago to fill the void.

The Atlanta Coyote Project conducted a survey of 2,000 locals about their attitudes toward the animal. “There was some concern, but mostly there was curiosity,” Mowry says. So, his group set up hidden, motion-activated cameras aimed at coyote dens, some on private property.

“The people who lived there would be nervous at first to learn that there might be a family of coyotes nearby on their land,” says Marie Collop, an Atlanta native and recent Berry graduate who has worked with ACP. “But then you get to watch the daily life of the coyotes. Both the male and the female, who mate for life, raise the pups, and you see the pups running and playing. The landowners would end up getting attached to them, giving them names, worrying that they weren’t getting enough to eat.”

Mowry, who is on the science advisory board of the California-based advocacy group Project Coyote, says his project will continue pushing for a ban on the hunting contests. “Not everyone is in favor of trying to kill our way out of the problem.” 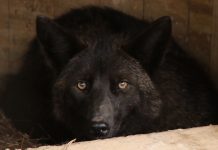 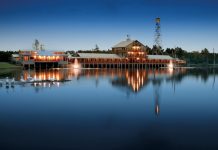 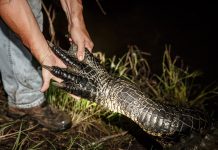 Night of the Georgia Alligator Hunter