When he wanted $275,000 to refinance the River Park Townhomes project in Woodstock, developer Rick Tuley didn’t go to a bank or a well-heeled investor. Instead, he approached Groundfloor, a company that enables individual investors—who chip in as little as $100—to finance private ventures. People who took part were paid interest—and earned bragging rights as real estate investors. Tuley’s property served as the loan’s collateral.

Groundfloor is based in Raleigh but funds projects here thanks to the Invest Georgia exemption, a law that went into effect in 2012 and waives the accreditation process required for some private investment. Only a few states, Kansas and Michigan among them, have similar laws.

“Georgia is a hotbed of the crowd-funding industry,” says Brian Dally, cofounder and CEO of Groundfloor. He believes the dozens of small-time investors in Groundfloor are drawn by the universal appeal of real estate. “So many of us watch those house-flipping shows on HGTV and think it’s a great way to build wealth. But most of us don’t have the option to invest.”

In most states, to qualify as an accredited, or “angel,” investor, you have to have a net worth of at least $1 million and an annual income of at least $200,000—“out of reach for more than 95 percent of people,” says Massey (himself a longtime angel investor). “Now almost anybody can invest in a private company if it’s doing its fundraising through the Invest Georgia exemption.”

Comparing this tactic to Kickstarter is easy shorthand, but Massey cautions that crowd lending, in which contributors have equity in a project, is more complex than Kickstarter-style crowd funding, in which people simply make donations. “There are no regulations around Kickstarter. You put up a pretty video. If it works, it’s nice; if it doesn’t, you move on,” he says. Invest Georgia projects are “more detailed, with legal documents you have to provide investors and so on—not something to take lightly.”

Groundfloor loans have ranged from six months to a year, with interest rates from 8 percent to 11 percent, or “a lot better than a CD at a bank,” says Dally. Beyond fiscal benefits, there are payoffs of the warm, fuzzy variety, notes Massey. “You’d also see a return from investing in your community—like a brewery you visit, or a high-tech company that does something you care about,” he says.

How it works
Let’s say developer Jane Smith wants to restore a duplex that she owns in Grant Park, a project that has a $150,000 price tag.

Step 1 Smith describes her project and submits an application to Groundfloor.

Step 2 The application is approved—with Smith’s property as collateral. Groundfloor promotes the project.

Step 3 Individuals pool their funds to invest in the project, putting in as little as $100 or up to $5,000. (The most a non-accredited individual can invest in Georgia annually is $10,000, so Groundfloor limits investment in a single project to half that.)

Step 4 When $150,000 has been raised, Groundfloor begins to disburse payments to Smith, who has to reach
agreed-upon development milestones to get the funds.

Step 5 After the life of the loan (usually six months to a year), Smith repays Groundfloor, and Groundfloor in turn repays the investors their up-front investment—plus interest!

Step 6 Smith’s duplex is restored and all the individual investors have made some extra cash in the process of helping her out. 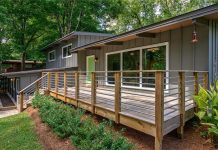 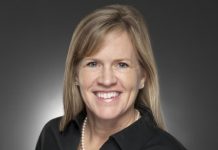