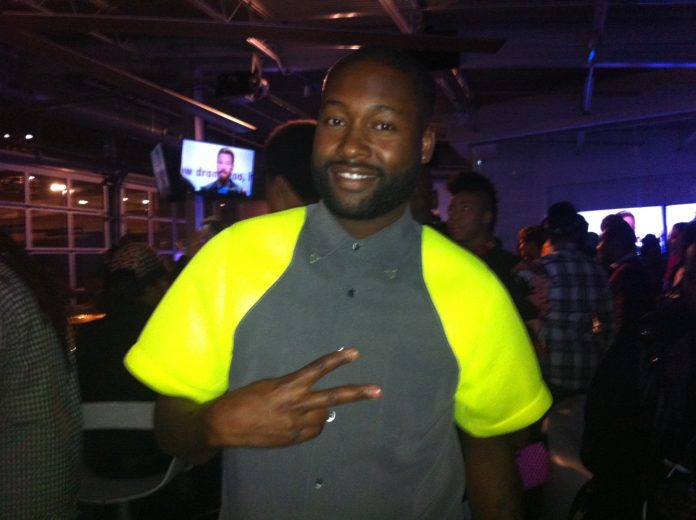 We all remember Mychael Knight. The baby-faced Atlanta designer who stole our hearts on season three of Project Runway back in 2006, when he won fan favorite but came in fourth overall . . . and again in 2009 on Project Runway All-Stars, which Daniel Vosovic won. But could the third time be the charm?

Last Thursday, season three of Project Runway All-Stars premiered on Lifetime. There’s no Heidi (the host is Alyssa Milano). No Michael Kors or Zac Posen (we’ve got Isaac Mizrahi, who we’re hoping can provide the zingers and the camp). No Tim Gunn (the mentor is the prim Zanna Roberts Rassi, senior fashion editor at Marie Claire). But we do have our beloved Mychael Knight, vying for a win for the third time.

At the premiere party last week in the penthouse of Luckie Street’s Suite Food Lounge (which is a new space with glass garage doors and sweeping skyline views, by the way), Mychael wouldn’t give us any hints about how he would fare this season. But he did reveal he’s working on a menswear line—and then we noticed the lanky male models milling about in his leopard-print and athletic-inspired creations. Glammy women modeled his patch-worked cocktail numbers paired with topknots; there was also plenty of fur, a gold-lamé bowtie, hologram platforms, bowler hats, fauxhawks, and a graffiti dress.

About a dozen TVs showcased the first episode. The challenge was to create a punk look (which we think is so last month), that was judged by punk icon Debbie Harry. The crowd at Suite Food Lounge roared when Mychael’s all-white ensemble—a mini-dress with a bodice safety-pinned across sternum and shoulders, and matching leather moto—came out, and when it earned him enough points to move on to the second round.

Which airs tonight. So if you find yourself supine, remote in hand, after a night of trick-or-treating mayhem, flip it to Lifetime at 9 p.m.