Home News & Opinion From the Magazine Electric car credit not the only victim in the haphazard world of...

When sales of the electric-powered Nissan Leaf started to shoot up in 2012 in response to a $5,000 state tax credit, many onlookers welcomed what they assumed was a rare move by Georgia to promote environmental sustainability.

In little more than two years, the number of electric vehicles on Georgia roads soared from 1,743 to nearly 16,000—assisted by a second federal tax credit for $7,500. By early 2014, Georgia had registered more electric vehicles than any state other than California. Jeff Cohen of Alpharetta was among those who took advantage of the credit, buying an $84,500 Tesla Model S sedan for himself last year and leasing a $31,800 Leaf compact for his son. Thanks to the two tax incentives, the Leaf effectively costs him just $57 a month.

“It was an amazing opportunity,” Cohen says.

So amazing, apparently, that it had to be squelched. In January 2015, state Representative Chuck Martin, an Alpharetta Republican, introduced a bill to kill the state credit partly on the argument that it gave electric vehicles an unfair advantage over other low-emission cars such as the Chevrolet Volt. Martin’s measure got lumped into the $1 billion transportation bill, which raised the state’s gas tax to pay for road improvements.

As if that weren’t enough, lawmakers slapped electric vehicle owners with an additional $200 annual fee on the logic that it wasn’t fair to make drivers of gas-powered vehicles bear the entire cost of road maintenance. When the new laws went into effect on July 1, the emerging electric vehicle market was immediately eviscerated. Statewide registrations plummeted from 1,338 in June to 115 in October. That month Nissan, whose top Georgia dealers each moved about 100 Leafs a month in early 2015, saw only 22 vehicles registered across the entire state.

If it sounds as if state leaders changed their minds about the benefits of a greener emissions policy, then you’re overthinking the erratic and often illogical world of Georgia tax breaks, where incentives are created, extended, and killed in seemingly arbitrary fashion. For the current fiscal year, Georgia is set to collect a projected $21.8 billion in revenue. But that figure would be about a third higher if not for the roughly 250 state tax breaks currently on the books that represent an estimated $8 billion in uncollected taxes.

Tax incentives traditionally have been used to attract new industries to Georgia (life insurance providers were projected to get $139 million in tax breaks in fiscal year 2016), to convince large employers to locate headquarters here (manufacturers receive $3.4 billion), and to assist institutions that serve a public good (grocers, many of whom accept food stamps, should get $476 million this year). If all goes as expected, an incentive should end up paying for itself by generating more income and sales tax revenue from the affected industry and its employees.

Georgia’s best-known tax break is the sizable state income tax credit for film and TV producers that, since taking effect in 2008, has helped turn metro Atlanta into the so-called Hollywood of the South. According to state estimates, in the 2015 fiscal year, nearly 250 production projects across Georgia had a combined economic impact of more than $6 billion—an outsized return on the $163 million in uncollected taxes over that period.

Although some tax breaks have built-in expiration dates, typically two to five years, many of the largest continue indefinitely until lawmakers edit or eliminate them. Unfortunately, the state has no mechanism in place to determine which incentives are working as intended and which are a drain on state coffers.

The electric vehicle tax credit, for instance, was actually created by the state legislature back in 1998 but had gone virtually unused for 13 years until Nissan devised a short-term leasing program for the Leaf that incorporated both the state and federal tax breaks. The cost of the incentive for Georgia taxpayers had grown in 2014 to about $50 million, an amount that was projected to nearly quadruple by 2020.

Wesley Tharpe, a policy analyst with the Georgia Budget and Policy Institute, says tax breaks often are guided more by the political winds than by sound financial judgment.

“There’s very little rhyme or reason as to why Georgia creates tax breaks, keeps some, and eliminates others in a given year,” says Tharpe. “We know how much they cost, but we lack information needed to know whether they’re worth it.”

As a result, lawmakers who advocate for or against tax breaks often use anecdotal evidence instead of actual data. In the case of the 2011 Georgia Tourism Development Act, a measure to subsidize projects like the proposed Hunger Games theme park and the 800-plus-room Georgia World Congress Center hotel, supporters argued it would be good for the state but offered no estimates of its potential economic impact. “This is going to make a difference,” state Representative Ron Stephens, the Savannah Republican who chairs the House Economic Development and Tourism Committee, said at the time.

Georgia’s case-by-case approach can lead to the impression that well-connected companies receive preferential treatment. In 2013, in order to help Gulfstream lure out-of-state customers, legislators gave the Savannah-based maker of luxury aircraft a two-year tax exemption worth up to $10.5 million. Over the following months, the company donated nearly $50,000 to lawmakers, who renewed the measure with no sunset provision in 2014 with little debate.

In addition to serving as a carrot, tax legislation has also been used as a stick. Last spring, after Delta Air Lines CEO Richard Anderson scolded state lawmakers not to be “chicken” about hiking the gas tax for cars, state Representative Earl Ehrhart, a Powder Springs Republican, snapped back with a bill to scrap the company’s $23 million annual sales tax exemption for jet fuel—after having voted four times previously for its renewal. As a result, the airline lost its tax break after a decade of state subsidies.

Haphazard tax incentives aren’t the norm everywhere. According to Pew Charitable Trusts, since 2012 nearly 20 states have begun requiring a formal review of tax breaks. In Tennessee, for example, the reviewing agencies recommend whether to extend, change, or end individual incentives every four years.
Veteran Sierra Club lobbyist Neill Herring believes Georgia needs an independent auditing process to deter costly and sometimes improper giveaways by lawmakers. “If the applicant’s audited performance fails to meet the terms of the tax credit, it should be revoked, and the applicant should be liable for what they’ve collected,” he says.

State Representative Jay Powell, a Republican from Camilla, concedes that the electric vehicle tax credit likely wouldn’t have experienced such a sudden death if Georgia had a more analytical process for managing incentives. Last year, Powell became chairman of the powerful Ways & Means committee, which helps set tax policy. Since then, he says, his committee has made an effort to add more sunset provisions, data reporting requirements, and annual caps into tax breaks. While willing to consider broader reforms, Powell says he’s trying “not to do things impulsively.”

A year after the demise of the electric vehicle tax credit, Clean Cities-Georgia coordinator Don Francis has watched the nosedive of Georgia’s electric vehicle market with dismay. “Electric vehicles have driven down the price of fuel, generated revenue, and impacted air quality,” he says. “They have a positive impact in Georgia. So it’s very shortsighted.”

This article originally appeared in our March 2016 issue under the headline “Pulling the Plug.” 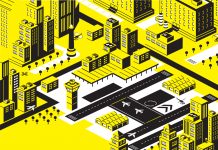 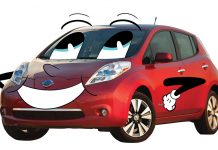 By the numbers: Atlanta second among cities for electric car sales