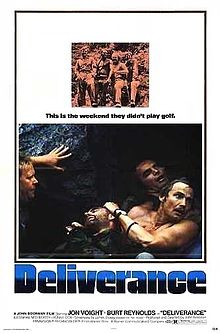 In an email sent to press this week announcing the 2012 Coca-Cola Summer Film Festival series, Fox Theatre general manager Allan C. Vella promises a “mix of classic and contemporary movies which gives everyone the opportunity not just to see a great film but to have a true movie going experience in the luxurious setting of the Fox Theatre.”

The Midtown landmark will start off the schedule with a bang, with an excursion to a gin joint named Rick’s Cafe Americain in Morocco and a spray of bullets courtesy of Michael Corleone. On Thursday, June 14, the Fox will celebrate the 70th anniversary of Casablanca with a screening, followed on Friday, Jun 15 with a 40th anniversary presentation of the mob classic “The Godfather” in addition to one more current blockbuster to be shown Friday, June 22.

If you’re in the habit of donning a habit to help Mother Abbess belt out “Climb Ev’ry Mountain” to Julie Andrews in “The Sound of Music,” the Fox will once again host “Sing Along With Sound of Music” (it’s a bit like “The Rocky Horror Picture Show” but with Nazi-outsmarting nuns instead of transsexual Transylvanians…) on Sunday, June 24 at 2 p.m.

Two more current blockbusters will screen Friday, July 13 and Saturday July 14 at 7:30 p.m. while also on July 14, the venue will run a series of Saturday morning cartoons at 10 a.m. for small fry and their parents. The Fox’s Facebook fans helped to select a 25th anniversary screening of “The Princess Bride” on July 15 and you will have the opportunity to squeal like a pig on July 20 when the movie house presents the 40th anniversary screening of the shot-in-Georgia affront to tourism, “Deliverance” at 7:30 p.m.

The Fox will announce its August line-up a bit later this summer. As always, movie-goers are invited to come early, soak in the Fox’s fully modernized air conditioning system, sing along with Larry Douglas Embury at the “Mighty Mo” organ and enjoy a classic cartoon before the film. “Sing Along with Sound of Music” tickets should be purchased in advance for $15 or $20 at the door and passes for the Coca-Cola Summer Film Festival cannot be used for the show. The Saturday Morning Cartoons tickets, meanwhile, are just $5. All other films will be $10 for adults, $5 for kids (12 and under) and for seniors (65 and up).

Ticket buyers will be able to sample the Fox’s brand-new way to purchase tickets too via FoxTixAtl.com, the venue’s own ticket service source or you can buy them directly at the Fox box office or by dialing 1-855-ATL-TIXX.