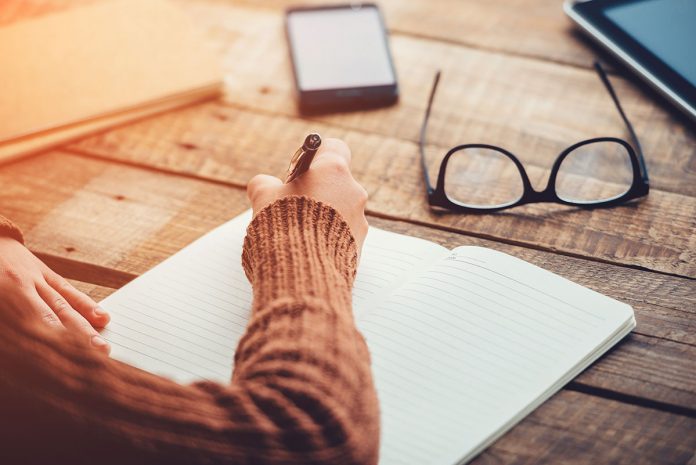 Launched in 2014 by Judson Mitcham, the state’s poet laureate, in collaboration with the Georgia Council for the Arts, the Georgia Poet Laureate’s Prize is an annual program designed to encourage works by teen writers. It is open to all students in grades 9 through 12. The winner and finalists, profiled below, visit the state capitol and the governor’s mansion. “Involvement in reading and creating poems can enrich any life,” Mitcham told us when the program was created. Read more about its inception here and meet the 2017 winners and finalists below.

“Existential Haiku: A Choose Your Own Adventure Poem”
by Max Morella

III
Beautifully tumbling
Through a blue and cloudless sky
You look out, and grin

To embrace the absurd, stop reading and begin a complicated tap routine
To cling to a higher power, go to stanza VI

V
Underneath the glass
Dopamine and alcohol
Consciousness illudes

Max Morella is a teenager from the suburbs of Atlanta. As a fan of all things kitschy, dadaist, and nostalgic, the idea of a Choose Your Own Adventure poem seemed like clever twist, if nothing else. The contents of each haiku are a loose satire of existential philosophy, pretentious literary cliches, religion, and other issues currently affecting today’s youth. He is flattered and surprised to receive this honor, and hopes to keep writing in the future.

Math lied to me today.
It said there’s an answer
to everything.

I tried math on people.
I took the derivatives
to their smiles and frowns
and furrowed brows
and tried to calculate
which direction
they would turn next.

If there is one thing
I am good at, it’s
restricting the domain
of my emotions.
It’s running parallel
to people, eternally
keeping my distance.

Math lied to me today
because I have the answer
to nothing.

Anna Crossley is a senior at Roswell High School. In her spare time, she entertains the idea of actually finishing one of the many novels that she has started and sips whatever green tea she can get her hands on. She can play a several instruments in varying levels of mediocrity, and she delights in finding new songs that suit her rather enigmatic music taste. Most of her poetry materializes in those dark, magical hours between midnight and dawn.

Perhaps it is winter —
A solemn season, well-suited for the work.
An easy time to confront death
If there ever is one.

They have discovered that it is the dead
Who say the most about life.
Strange, the secrets men carry within themselves,
Revealed only at the end.
The city lies dormant, but in some small room,
Understanding shudders into wakefulness.

In the painting’s back the men are old, distracted,
The scene before them familiar enough to take for granted.
Yet they must have started somewhere —
University students, then rendered pale not by climate,
But gravity, genuine emotion, the sense of time
Receding behind them, uncharted future rushing in.
To behold something so new, who could have known?

Looking back, we speak with the cold reserve of history.
But what awe must have gripped those at the threshold,
For whom the curtain was first pulled back, the surface disturbed,
The world opening before them like a wound?

Within the halls of the surgeon’s guild it is dim and cramped.
The painting omits observers, but outside the frame’s gaze,
They press forward, an eager presence;
Uncertain of what they will learn, where they will be led
Yet transfixed, witnessing,
As modernity tip-toes into view.

Rosasharn Brown is a junior at the Weber School, where she serves as editor-in-chief for the student literary magazine. Rarely seen without a book in hand, she is a passionate reader with particular appreciation for intricate classic novels and evocative modern poetry. When not reading, Rosasharn enjoys studying for upcoming quiz bowl competitions or practicing her role as an attorney on her school’s mock trial team, her two favorite “sports.”

A Day In Her Shoes: 3 Perspectives of Women Throughout History
by Sophia Seufert

Young Girl, Song Dynasty – Foot Binding
It was my 7th birthday, Momma placed my feet on her lap.
I squeezed my eyes shut as she bent my toes under, each bone breaking “crack” by “crack.”
Every two weeks, she told me not to cry, as she bent them, despite of the blood.
One day this would get me a husband, but I never really understood.

I spent my life, toes curled under, standing in blood and puss,
For a husband who never noticed I could barely walk, on these 3 inch objects of lust.
I thought Momma had the most beautiful feet, wrapped in silks of pink and blue.
But I never knew how beauty hurt, until I spent a day in her shoes.

Alice Paul, 1910’s – Suffrage Movement
I grew up in a Quaker household. All I knew was equality.
The real world nearly deafened my ears, with the sounds of reality.
I heard Suffragettes yell “Votes for Women!” I found my purpose out in the streets.
I left the quiet young girl I had been behind. They lit a fire in me.

Now, you can send all your mobs to attack me. You can leave me to rot in a rat infested cell,
But I won’t stop until it’s in writing, so you listen and you listen well.
I will walk through the streets with my sisters. Does Democracy mean anything to you?
Sir, you cannot possibly know what I’m fighting for, until you’ve spent a day in my shoes.

Denise McNair, 1960’s – Racism in America
It’s dangerous to be black in Birmingham. Mama always told me to watch out.
When we went into church that morning, I finally learned what she was talking about
I was supposed to help out for “Youth Day” with a sermon “A Love That Forgives,”
So I went to the bathroom with Addie, to make sure our hair was did.

Sophia Seufert is a junior at DeKalb School of the Arts. She enjoys writing poetry and composing songs on her ukulele. She is involved with show choir, mock trial, Beta Club, Women’s History Club, Thespians, and Atlanta Young Singers Choir. She would like to thank all the teachers who believed in her.

It’s a few hours after we fought and
You’re in your room sulking and I’m
Out in the kitchen, fuming as I pour myself
A glass of water. And I’m going over everything
You said to me (grumbling to myself that maybe
Juliet was lucky Romeo was exiled so soon after
Their marriage), and, distracted, I pour a little
Too much until there is a small, tense, convex
Film of water sitting atop the clear glass. I
Look at it and think about how maybe water
Is just so desperate not to spill over that it
Pretends the glass is merely full, just like in those
Old cartoons where you can’t fall until you’ve realized
That you’ve sprinted off the ledge. Sometimes it feels
Like we’re trying to accomplish the impossible by trying
To squeeze out some semblance of joy in a world so full of
Absurdities, but, as I place my lips against the rim of the
Glass to sip away the danger I think that we’ll be
Okay, so long as we never admit that we’re chasing the horizon.
Maybe even Romeo and Juliet could have made it
If they refused to believe that their stars were crossed.

Mina (Minjung) Yu is a junior attending Oconee County High School who loves to read and write in a variety of styles and genres. She’s also a bit of a classic literature nerd who thinks Oscar is pretty Wilde and Shakespeare will never go out of style. When she is not nose-deep in her stories and poems, you can probably find her playing a wacky instrument called a bassoon.

Student photographs courtesy of Georgia Council for the Arts