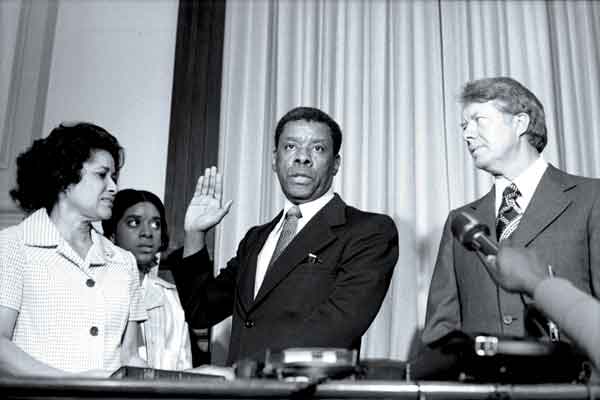 Hill had his finger in every pie during the civil rights era, from the AUC student sit-ins to the election of Maynard Jackson. He counseled Martin Luther King Jr., finessed a way to break the color barrier at UGA, cofounded the progressive Atlanta Inquirer, campaigned for Andrew Young for Congress, ensured MARTA passed referendum, served as the first black president of the Atlanta Chamber of Commerce, and lobbied for the airport’s 2003 name change to Hartsfield-Jackson. As the head of Atlanta Life, then the largest privately held black business in the nation, Hill exerted profound influence on city affairs. The St. Louis native often bristled if his compatriots attempted to circumvent him, such as when he told Jackson not to run for vice mayor in 1969 (or for mayor in 1973) because he thought the timing off.
This article originally appeared in the May 2011 issue.
Photograph courtesy of the Atlanta History Center
Advertisement