Home News & Opinion From the Magazine A Kingdom Divided: The King Center vs. the MLK Jr. National Historic...

At 449 Auburn Avenue sits the King Center for Nonviolent Social Change, established by the family of the late civil rights leader. Here you will find the crypt containing the remains of King and his wife, Coretta Scott King, as well as an eternal flame and an archive (appointment required).

Across the street at 450 Auburn Avenue is the visitors center, part of the Martin Luther King Jr. National Historic Site, which is run by the National Parks Service. That explains something else: the presence of rangers in outdoorsy gear. They lead tours of King’s birth home, the 35-acre district, and historic Ebenezer Baptist Church. 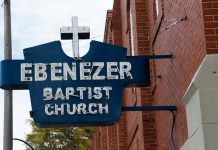 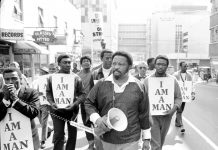