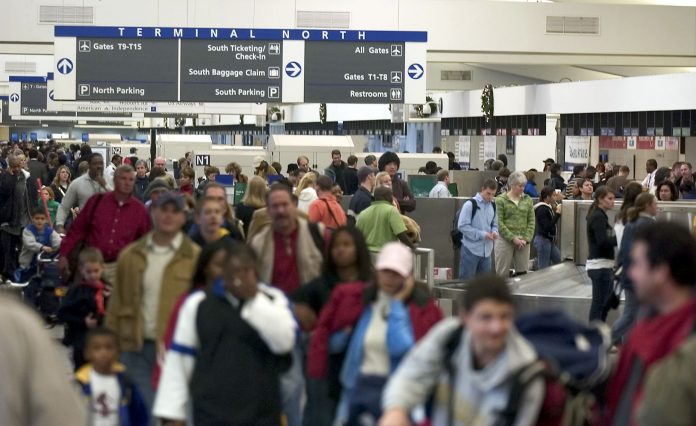 The man who ran the world’s busiest airport was fired because of long TSA security lines and dirty bathrooms—at least if Mayor Kasim Reed’s statements at a Monday press conference are to be taken at face value.

While Reed declined to address head-on the reasons for Hartsfield-Jackson general manager Miguel Southwell’s dismissal late Friday, he detailed some of the changes he expects to see in airport operations in coming days, and he dismissed other possible causes suggested by reporters.

In the process, the mayor dropped a bomb: he wants to revisit the idea of kicking out the TSA in favor of a privatized security screening process.

“I want the lines at the airport resolved,” said Reed, pointing to the apparent success of a privatization takeover of security at the San Francisco airport. “I feel like the effort to look at privatization wasn’t happening fast enough.”

In a letter to TSA administrator Peter Neffenger sent in mid-February, Southwell said the Atlanta airport was considering a move to privatize screening unless the federal agency was able to get security lines under control. But wait times have only gotten worse—90 minutes on some mornings—as the threat to privatize seemed to fall by the wayside.

The epic lines are largely a result of TSA staff reductions nationwide combined with a 14 percent surge in the number of travelers coming through the doors of Hartsfield-Jackson. Adding to the delays, the TSA closed ATL’s south security checkpoint earlier this month in order to install new screening equipment.

Reed didn’t specify what Southwell could have done to push the TSA to shift resources to Atlanta, but it was clear he thought the airport GM hadn’t addressed the problem with the urgency it deserved. “Hartsfield-Jackson needs to be treated like the busiest airport on earth,” he said. “Atlanta cannot be the poster child for long lines.”

The mayor also suggested that the cleanliness of airport bathrooms and concourses had fallen short under Southwell’s watch. “We’ll have a sharper focus on the customer experience,” he said.

Reed shot down one suspected reason behind Southwell’s termination. In March, the airport GM proposed that drivers for Uber, Lyft and other ridesharing firms should be required to submit to fingerprint background checks in order to pick up passengers at the airport. Some insiders had speculated that Southwell hadn’t given the mayor a heads-up before making his policy recommendation public. Reed, however, stated that he supports fingerprinting and hoped to find a way to make the process easier for drivers.

By contrast, Friday’s other major staff termination—that of watershed commissioner Jo Ann Macrina—didn’t generate many questions, possibly because Macrina’s tenure had been embattled for some time. In 2014, after hundreds of thousands of dollars’ worth of watershed equipment went missing (presumed stolen by department employees), Macrina lavished her top staff with extravagant raises, which were subsequently clawed back by the city. More recently, watershed agreed to pay $378,000 in EPA fines for sewage spills.

Macrina’s interim successor is William Johnson, who recently left a job as Baltimore’s transportation director. Southwell, meanwhile, will be temporarily replaced by Roosevelt Council, the chief financial officer for the airport and, previously, the city CFO.

The last piece of news from Monday’s press conference should give some motorists reason to smile: Reed announced that Atlanta would be putting the city’s parking enforcement contract out for bids within the next 30 days—although he conceded that the much-pilloried ParkAtlanta would likely stay on through a transition period until the next private vendor is in place. The mayor said he doesn’t want to give the job of writing parking tickets back to police officers. “I want all their focus to be on crime prevention,” he said.

Asked about his propensity for swapping out city department heads with little warning, Reed offered little comfort to his top brass. “I have a classic saying: You run your department until you don’t.”