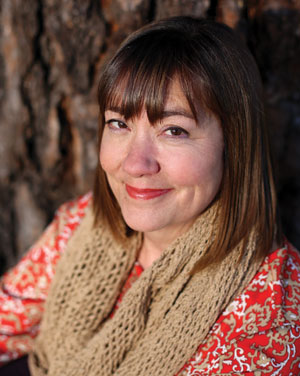 In the haunting new novel Mrs. Poe (Gallery Books), Lynn Cullen takes a sliver of obscure history and spins it into something remarkable. The historical underpinning is the creepy entanglement of Edgar Allan Poe; his wife, who was also his much younger first cousin; and his mistress, the accomplished but penniless poetess Frances Sargent Osgood. Cullen creates a delicious sense of suspense and impending doom; antebellum Manhattan and the ruling literati cast an irresistible spell.

Cullen wrote books for young readers before making the leap to adult fiction with 2010’s The Creation of Eve. “I love digging into history,” Cullen says. “On a few occasions when I have been chipping away at the facts, someone has reached through the debris of time and grabbed me so tightly that I have to tell his or her story. Frances Osgood was one of these. Poe was another. I am particularly interested in people who have been misrepresented by history, and these two certainly fit the bill.”

Old New York So much has changed since 1845; it was like learning about a foreign place. Even back in Poe’s day, they couldn’t believe how much the city changed each decade.

Characters My greatest thrill as a writer is when they reveal themselves to me. I don’t know how that works, but when it happens, it’s a high.

Poe He was a hard worker, not the drug addict of legend. Yes, he wrote dark tales—because he needed the money, and they sold! But his image as a madman was largely concocted by his rival, Rufus Griswold, who conducted the most extreme smear job in literary history.

Beginnings I wrote stories as soon as I could put words together. My first was about a bear that ate too much honey and had to roll down a hill in a barrel to get home. I was ridiculously proud of that story. It took me decades to question why the barrel was on the hill.

Inspiration I adore Penelope Lively. My favorite of her novels is Heat Wave. I read it whenever I get stuck. The other book I read to get unstuck is Wuthering Heights. I modeled my Poe somewhat on Heathcliff, whom I find incredibly sexy.