For our 21st Century Plague project, we spoke with 17 Georgians about the toll of COVID-19. Below, Marshall Rancifer—a homeless advocate and relief worker—describes how the outbreak could impact Atlanta’s homeless community. (Rancifer was interviewed on March 19.)

There are 4,000 homeless people out there on the streets. Youth and adults. Homeless people share everything: food, clothes, hygiene products, blunts, crack pipes, needles sometimes. I brought a bunch of crack pipes to them so they wouldn’t share pipes. Some don’t know there is a virus outbreak in the city. They don’t have access to social media or the news. If you’re not in a shelter, you’re walking around in suspended animation all day. I saw people starting to light cigarettes and pass them around. I knocked the cigarettes out of their hands. I said, “You can’t share cigarettes, can’t share food, don’t touch nobody, don’t shake nobody’s hand. Don’t hug nobody.” We just left the Bluff. A lot of those poor folks, they don’t know. Had to explain to the mothers in a park on Proctor Street what they can and can’t do. We’re not just educating the homeless; we are educating poor people and marginalized folks. They just don’t know.

I’ve been on folks’ case for three weeks. When I went down to City Hall two or three weeks ago, [Council Member] Matt Westmoreland was the only one to ask me about it. I’ve packed a bag and am ready to go if this shit gets out of hand. The reason I came home and packed a bag was I saw people sharing stuff yesterday. I don’t know why they would do this, but most of the service providers have shut down. I think me and [my girlfriend] Lisa are the only ones working in the streets right now. Homeless people will start stealing. They’ll be hungry. We are about a week or two away from a major outbreak.

Homeless already have pre-existing conditions that make them prime targets for this disease. People out there are dealing with heart disease, diabetes, HIV, and all those things that make your immune system weak so you’re susceptible to this. You go to the CDC, county health, state health department, and you don’t see anything about homeless people being at risk. When it comes to folks with nothing, they get nothing. They get no help. Once they catch it and it becomes an outbreak among the homeless population, guess what will happen? They will be victim-blamed. I have no confidence in any government authority to take the steps to protect the most vulnerable population in this country.

I wasn’t scared before, but I’m scared now. My father and mother always taught me not to run away from trouble—run toward it, because you can be the person who can change something or save someone’s life. But once this gets out of hand, I’m not going to run toward someone that can kill me. I’m 63. I fall under the category of major at-risk. After I meet with big groups of folks, I skim down to my skivvies. I wear two pairs of gloves. When I get in the car I take my clothes off and throw them on the ground. I take the top pair of gloves off and put them in a disposable Ziploc bag. Then, I take the sanitized clothes out, get dressed, and then move on back home.

It’s bad out there. I’m so afraid. Today we saw people sharing food. They say hot weather kills the virus. That’s what I have been praying for, hot weather. There are a lot of people coughing and not covering their mouths. I saw one man, shirtless, arms in the air, snot running down his face. Sometimes as bad as I want to stop [and help], I got to protect me. I didn’t know how he was going to react, what his deal is.

Since Saturday, I gave away 86 sleeping bags that were taken from them after the raids on the homeless camps.

My go-back is packed with clothes and food. If we have to go, I’m bringing a tent and sleeping bag too. We’ll go to West Point Lake, far away from the city and civilization. We just might camp out the whole time we are down there. I just don’t want to be here when the shit jumps off because I don’t want to be the guy who says I told you so. 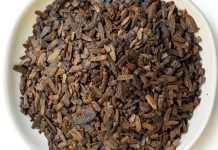