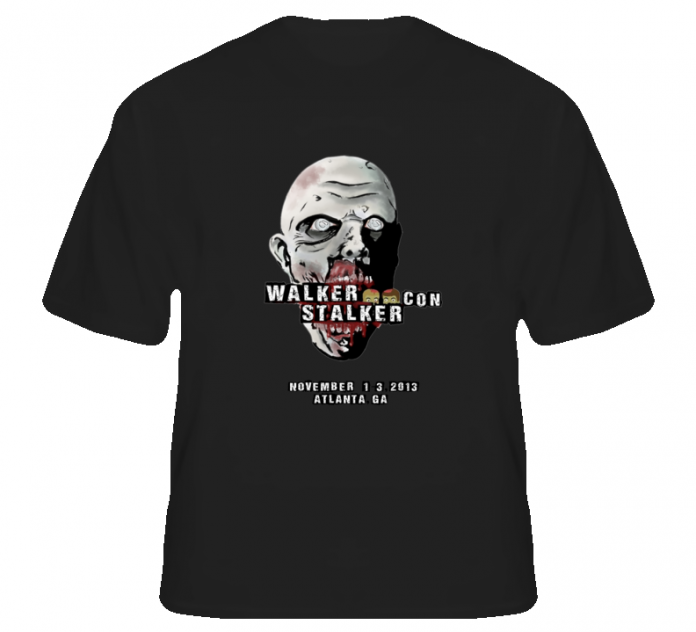 Halloween won’t officially be over in Atlanta this year until thousands of zombie fans get to pick the brains of some of their favorite Walking Dead stars at the city’s inaugural Walker Stalker Con scheduled for Nov. 1-3 at the Atlanta Convention Center downtown at AmericasMart.

The convention is the brainchild of Nashville-based Walking Dead fan boys Eric Nordhoff and James Frazier, who first got to know cast members of the hit Atlanta-filmed AMC drama while interviewing them for their weekly podcast. In an exclusive interview with Atlanta magazine this week, Nordhoff and Frazier explained how a couple of former Lost nerds became zombie convention organizers.

Q: What inspired this zombie fest?

Nordhoff: James and I first connected as Lost fans. We’re neighbors so James started inviting me over to his basement movie theater mancave to watch The Walking Dead together. A few weeks later, we heard the show was going to be shooting in Senoia. At three AM the next morning, we drove into Atlanta from Nashville. We would have been happy just to meet one celebrity. It turned out to be a dream day for us. We met 10 of The Walking Dead actors, we saw a ton of locations and we got to see some shooting. That led to the podcast and ultimately, this convention.

Frazier: We wanted to create a different experience, aside from your standard comic or pop culture convention. We wanted to create something where people would walk away feeling like they had really gotten to know these actors. We wanted this to be a special experience and not just a bunch of fans standing in autograph lines all weekend. We wanted to create an opportunity for people to really learn about zombie culture and also bring in people who could talk about infectious disease and professors to discuss post-apocalypse ethics.

Q: As zombie fans, was it mind-blowing for you when the CDC here in Atlanta posted that whole How to Survive a Zombie Apocalypse thing on its website?

Nordhoff (laughs): We saw it, of course, but I don’t think it really influenced us in any way in regard to this convention. But we are talking to people at the CDC in hopes of they’ll come and do a panel for us.

Q: You guys have managed to talk more than half of The Walking Dead cast into coming to this thing. How did you accomplish that?

Nordhoff: I think because we provided a quality podcast for the Dead actors and they appreciated that and that created relationships between us. When we told them about this convention, they understood what we were trying to accomplish and were on board with it and wanted to be a part of it.

Q: You‘ve also booked the godmother of all zombie movies, Judith O’Dea from director George Romero’s 1968 cult classic Night of the Living Dead for this con. Why was she important to book?

Frazier: We contacted her early on, before we had even announced the convention. It was important for us to give respect to where this all started. You can’t really do a zombie con without paying tribute to George Romero and Night of the Living Dead. I mean for us to book Judith O’Dea, you know, “They’re coming to get you, Barbara!” and all that, it really helps establish us as a serious zombie convention.

Q: Each Labor Day weekend, Atlanta hosts DragonCon which has gotten so enormous over the years that now many comics, sci-fi and fantasy fans complain that they spend their entire weekend standing in a line in a Marriott Marquis hallway. This con features some VIP meet-and-greet opportunities where fans will need to leave their cameras and their autograph books in their hotel rooms. You guys are trying a more intimate, interactive concept, aren’t you?

Nordhoff: We think the fans and the actors appreciate that. In addition to all the daylong activities on the convention floor, they’ll get an opportunity just to hang out with the actors at our VIP events. Our panels will be more of a casual, sit down on a couch type thing as well. The people who want to ask questions will get to go up to the front so there’s more interaction. One other thing that we’re doing differently is a queue system; it’s a virtual line. Basically, you show up at the convention, you enter your phone number into the system and you’ll receive a text when it’s your time to go and meet your celebrity, rather than waiting in line for hours and hours to meet someone. We’re hoping the system eliminates that boredom for conventioneers and improve the experience.

Q: This con feels like a home run. Are you guys ready to give up your careers to dedicate your lives to throwing Walker Stalker conventions?

Frazier: We’re having a blast. We really are passionate about this. Eric has three children. I have six kids. We never set out to do this to make a living but if this is a success, we may think about expanding. We get emails, texts and posts daily about bringing this to other markets, Canada and even the U.K. Right now, we just want to focus on throwing one great convention where everyone has a great experience. The fans, the actors, everybody.

Q: As Nashville residents, are you two a little jealous of us here in Atlanta where we’re surrounded by zombies 24/7 when The Walking Dead is filming here?

Nordhoff: I am extremely jealous. I wish I lived in Senoia and I wish I were part of the Woodbury group. I think we’d be much better than the prison group!

Q: On Saturday night of Walker Stalker Con is the big Zombie Bash costume party. As the event organizers, are you guys feeling the pressure to have the most kick ass zombie outfits at the party?

Nordhoff: To be honest, I’m probably more interested in what everyone else will be wearing.

Frazier: We’re just hoping that Greg Nicotero will help us out with our make up!