In office since 2004, Vaughn raves about Powder Springs’ recent progress: The southwestern Cobb County city of 14,500 straddles the Silver Comet Trail and has prettified its historic downtown. Vaughn, 67, owns a property management company and tries to keep her part-time mayoral gig (pay: $1,500 a month) from being full-time—but never succeeds.

What’s in a name “The first settlers came in search of gold, and they discovered seven springs used by the Creek and Cherokee. The water from these springs contained minerals that turned the surrounding sand black like gunpowder. That’s why we’re known as Powder Springs.”

Parks and rec “We opened up our linear park, which runs beside the Silver Comet Trail. This summer, we’re going to open a new water park. Not every city has that.”

Hometown favorite “The people, the small-town feel. You know what our mantra is? ‘We’re small enough to know you, large enough to serve you.’ It’s a town where people still come to City Hall to pay the water bill.” 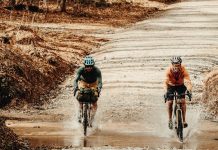 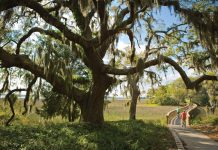