Elected in a December 2013 runoff, Fleisch, a former CNN producer, became the first female mayor of this Fayette County planned community of 35,000, best known for its network of golf cart paths. There’s a city manager, so this is a part-time gig (pay: $1,500 a month). Fleisch’s day job is as a real estate agent.

On the state of the city: There’s a renewed sense of optimism. We will benefit immensely from the coming of Pinewood Studios to our county.

On the city’s most pressing challenge: Infrastructure and how to maintain it. We have 100 miles of cart paths that require maintenance, and funding for that was defeated in the T-SPLOST vote.

On clients discovering she’s mayor: I don’t really bring it up. Usually, it’s the other agent who tries to bring it up during a closing.

Where she takes visitors: We have a beautiful park on Battery Way that overlooks Lake Peachtree. ­ 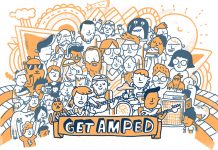 Six OTP amphitheaters worth the trip this summer 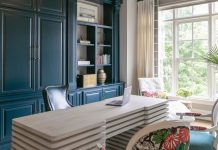 This Peachtree City home office went from cringy to spiffy