At 74, Oswalt was first elected to city council in Lake City in 1972. The retired high school teacher and coach says his political tenure reflects his city’s (population: 3,000) old-school ways. In homage to Oswalt’s service—he has been mayor since 1988 and now earns $14,000 annually—the city’s nature preserve bears his name.

Initial platform of keeping the town dry: “Everybody thought that alcohol was going to be the savior of our city because of the tax [income]. I had many dealings in school with the kids, and saw firsthand what alcohol had done. Of course, I’m a teetotaler, never drank. I knew that was some bad information, so I decided to run.”

Vanished namesake: “We got our name from lakes. At one time, there were seven [natural] lakes here. Kroger took my last big lake.”

On quality of life: “I can back it up with facts and figures, but we’re the safest place in Clayton County. And also the only one that you don’t ever read about in the paper. We don’t have turmoil.”

His mayoral motivation: “I’d rather not be called a politician; I’m a servant. To me, that’s my forte. I enjoy helping people.” 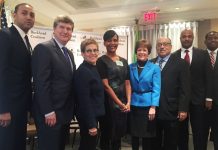 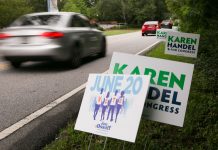