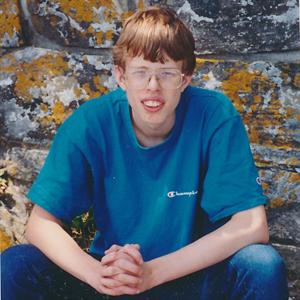 Two weeks after being released from a dubious and inexplicably long incarceration in Cobb County Jail, Michael Lake was summoned from his home in Maine, 1,200 miles away, back to Marietta so a woman he hasn’t seen outside of court in almost fifteen years could try to enjoin him from coming within 500 yards of her.

The twenty-hour road trip for Lake, his mother, and his sister was made necessary on July 16, when Cobb Superior Court Judge George Kreeger continued Leslie Arsenault’s petition for a protective order against Lake after a ten-hour circus of heartfelt testimony, tears, and backroom negotiations failed to produce a settlement between the two parties.

Arsenault said she was seeking protection from a man who had been obsessed with her since they attended junior high in Maine, had harassed her and her mother through social media, had followed her to Atlanta just as she was getting divorced in 2006, and against whom she had finally gotten a protective order in 2011.

That man, Michael Lake, was arrested for violating that order by merely mailing his appeal of the order to Arsenault. For that, he was locked up for almost nineteen months without bond before a judge dismissed the warrant and prosecutors finally dropped all charges. Lake—who has been diagnosed with Asperger’s Syndrome and a form of OCD called “overvalued ideation”—was looking to further clear his name of any wrongdoing, and along with attorney Cynthia Counts, came to court today prepared to fight for dismissal of the order.

But today Judge Kreeger made it clear that he wasn’t interested in any further drama. “If you want to do that,” he said. “Get it assigned to a judge who has time to hear it.”

With the help of former Dougherty Circuit District Attorney and 2010 Democratic nominee for State Attorney General Ken Hodges, it took only hours for a compromise to be hammered out. According to the Consent Two Year Protective Order signed today by Kreeger, Arsenault will get her 500 yards, plus relief from any direct or indirect contact from Lake. For Lake’s part, the order clearly shows his consent (as opposed to a court order) and his entitlement to discuss events and individuals as protected by the first amendment. And it’s only for two years.

“She would have like to have seen a lifetime order,” said Arsenault’s attorney, Holly Hughes. “But we’re glad to give her twenty-four months of peace.”

For now, Lake will head back to Maine with his family. But don’t be surprised if he makes another trip back to Marietta in the near future—there is still some unfinished business between him and Cobb County regarding his incarceration. “I think Michael wants to be vindicated and compensated,” said Counts. “That’s why we’re settling today. I believe we have a winning case [against the protective order]. But he needs to move on to other things.”