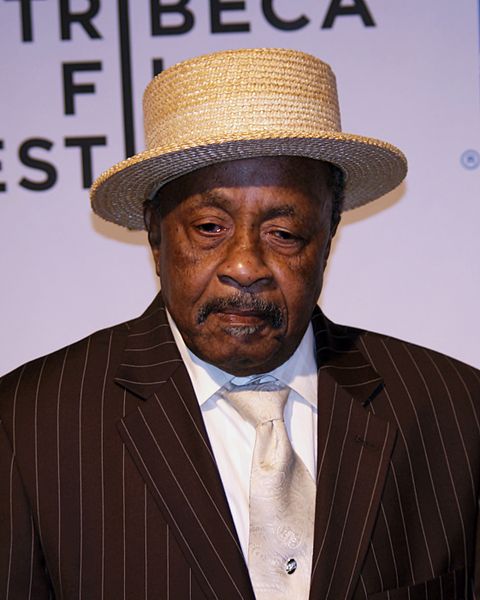 Atlanta lost some of its funk and soul heritage yesterday when singer/songwriter and ultimate showman James Shaw, better known as the Mighty Hannibal, died unexpectedly of natural causes at age 74. Hannibal (as he preferred to be called) was a social, political, and civil rights activist; an under-appreciated local musical icon; and a hell of a firecracker, whom I had the pleasure of getting to know personally.

A contemporary of James Brown and Little Richard, Hannibal took off in the sixties with funky dance hits and crooning anti-war ballads, but slumped for decades due to trouble with drugs, the law, funds, and family. It wasn’t until the past few years that he resurfaced, releasing an album of hits, Hannibalism; collaborating with the Black Lips; sampling a song for John Legend on Django Unchained; and providing another for Elton John and Leon Russell’s 2012 album. He called it his “resurrection.” (Hannibal took his adopted name from fellow singer/songwriter Aki Aleong in ’59, adding the “Mighty” himself at his peak in the mid-sixties.)

Just a few months ago I was with him as he recorded new singles at Atlanta’s Doppler Studios, known for producing acts like Outkast and the Indigo Girls. His voice had a ton more gravel than before but was as soulful as ever. He was uncompromising in his musical decisions and bossed the three soundmen like a star (“No, we don’t want the snare—we want the backbeat on there!”) and with his bandmates (“Guitar player, pick it up, you’re missing it!”). He turned Jared Swilley of the Black Lips, who calls Hannibal a beloved friend and mentor, into just “bass player” when they jammed.

Born and raised in the westside Atlanta neighborhood Vine City, Hannibal moved to L.A. and New York and had long been living in a barebones apartment in a rough part of the Bronx when he signed off for good. But for him, Atlanta was always home, and his wife, soul singer and frequent collaborator Delia Gartrell, still lives in the area. Though they were estranged for decades, they still bickered like a married couple, and Hannibal helped her release an album herself on his label a few years ago.

He started his career in here in 1954 in a doo-wop group called the Overalls, and by the sixties had risen to relative fame, hobnobbing with everyone from Jimi Hendrix to Martin Luther King Jr. He gives buddies Little Richard and Sammy Davis Jr. the credit for paving the way for black performers like himself, but he and Little Richard together integrated the Atlanta stage, rocking shows at white clubs like the Imperial Hotel lounge and Kitten’s Corner in Midtown—Hannibal in flamboyant getups that often included his signature pink turban.

And he sure could spin a yarn. Like the time he “borrowed” an elephant from Ringling Bros. at Madison Square Garden and rode it down Broadway before he was arrested. Or cruising in a big Cadillac with Ray Charles, who loved to drive, despite not being able to see a damn thing. Hannibal himself became blind in 2002 due to glaucoma, and took to wearing oversize sunglasses, a wool fedora or straw boater, and a crisp suit, accessorizing with a cane.

His biggest hit was “Hymn No. 5,” written together with his wife, about veterans returning from Vietnam addicted to opium. The song, released in 1966 by Atlanta label Shurfire Records, was anti-war and anti-establishment before most white hippies had even caught on. Hannibal said he got his first standing ovation that year at the Atlanta Civic Auditorium with that song, performing with Otis Redding and Wilson Pickett at a Get Out to Vote concert protesting staunch segregationist Lester Maddox’s run for governor. Hannibal wasn’t the only one: His first cousin was civil rights activist Vernon Jordan.

Not long after that, Hannibal fell off the scene. His success contributed to a heroin habit, he served eighteen months for tax evasion, and he’d already been busted for pimping. He had bit parts in some movies, and he wrote an entertainment column for the Atlanta Voice. By 1986, he found himself down and out on Wall Street, shining shoes. That’s when he met my uncle David Harris, a banker, who didn’t really need his shoes shined but sure liked Hannibal’s wild tales of his stage days, which at the time seemed like fiction. The two formed an unlikely bond.

“I didn’t believe any of his stories,” Harris says. “But I loved him, and even then he was positive and upbeat. He brightened my day every day.”

In the late nineties, they lost touch and didn’t reunite until a cousin of mine was hanging around the Black Lips in 2007, when they started playing with the old soul legend. He put the two men back in touch after nearly a decade and they again became—is there another word?—best friends, talking daily. By then, Hannibal was clean.
I was at his seventieth birthday party at the Highline Ballroom in New York, and he sang at my cousin’s wedding in Minneapolis; I guess he became my friend, too. Last year he called me on my birthday because he loved a fellow Leo; once you were friends with Hannibal, he’d call you—a lot. So that’s how I know Hannibal, but I sort of feel like I’m a part of an underground club. Not enough Atlantans know to take pride in his groundbreaking, barrier-busting, soul-enriching tale. If you didn’t know him before, listen up below and think about getting to know him now.