Home News & Opinion Now that Surge is back, here are 6 Coke drinks we’d like...

Soundgarden, The Powerpuff Girls, and Doc Martens have all made recent comebacks, so why not the official soft drink of 1996?

Today Coke announced that it is finally caving to the Internet masses that have been clamoring for the return of Surge, the caffeine-laced citrus soda with angsty attitude (it’s name is a verb!). The company’s short-lived nemesis to Mountain Dew debuted in the mid-1990s but was discontinued in the early 2000s. Now, rather than share shelf space with tallboys of ultra-octane energy drinks, Surge will be available exclusively online through Amazon.

The worldwide king of pop has killed off a number of its products through the years, most for good reason—like New Coke—but this re-Surgence got us thinking about the possible return of drinks we sorely (or at least sorta) miss:

Coca-Cola Blak: What better way to start off an Atlanta morning that with coffee-flavored Coke?

OK. Soda: Speaking of the 1990s—this soda came in artsy black-and-white illustrated characters on the cans and a slacker-chic ad campaign all about “OK-ness.” Its citrus-cola-type of taste was . . . alright.

Sugar: Decades ago, Coke, along with most other companies, switched from using real sugar in its U.S. sodas to high fructose corn syrup. Now if you want the REAL Real Thing, you have to import it from Mexico.

Tab Clear: Coke’s answer to Crystal Pepsi, but with caffeine. Remember? Anybody?

P.S. And if we can’t have any of these brands, can we at least bring back Ja Rule as a pitchman? 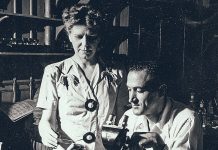 Before battling ebola, the CDC began in downtown Atlanta with one focus: malaria