The report looks at the number of jobs per employed resident in the region’s twenty counties and ten major employment centers. It’s no surprise that Fulton has a large net inflow of workers, with 640,177 filled jobs but only 344,502 employed residents. In other words, about half of Fulton workers come from other counties. Clayton has the next highest inflow (33,212), followed by Cobb (15,968) and DeKalb (1,506). The other sixteen counties have net outflows, meaning more people leave than come during the workday.

Similarly, none of the region’s top ten employment centers (Downtown, Hartsfield, Emory, Gwinnett, etc.) fell within the recommended range of jobs-per-employed resident, which is roughly one-to-one. Emory came the closest, with 1.5 jobs per resident; Hartsfield, predictably, had the lowest housing density. In only Emory, Gwinnett, and Town Center was the most common commute distance less than ten miles.

Of course, you don’t need charts to prove what you already know from sitting on a gridlocked interstate. But the next time someone questions whether a major investment in the city center would have a regional impact or assert that his community is an island, here’s data showing otherwise. 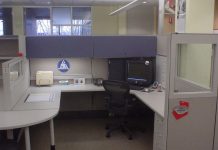