The political fight in Washington over the Affordable Care Act has dominated headlines. But more quietly, and closer to home, the health care law is having reverberations in DeKalb County classrooms.

DeKalb’s 1,191 substitute teachers received email notification over the summer that they would have to limit their days per month and hours per week “in anticipation of the implementation of the Patient Protection and Affordable Care Act,” aka Obamacare. The change may mean fewer substitutes will be available to fill in for teachers and multiple substitutes may have to cover for teachers on maternity or extended medical leave.

“I’ve heard from teachers that they’re concerned about the issue of long-term subs and the lack of continuity,” said David Schutten, president of the Organization of DeKalb Educators.

The act requires employers of fifty or more individuals to offer healthcare benefits to full-time employees or face a fine, but that provision has been delayed until January 2015. Other school districts are waiting for clarification of just who must be counted as a full-time worker. DeKalb moved forward out of a sense of caution, said chief human resources officer Tekshia Ward-Smith. “I think there is a lot of misinformation in terms of the implementation of the actual act, or law as it will become,” she said. “The state has still not provided us with any guidance in terms of which plan we have to offer, if and when we determine part-time employees who are eligible [for insurance].

“We know that the plan will be different from what we have to offer full-time employees, but there is so much uncertainty that DeKalb is just being safe in limiting substitutes to twenty-nine hours [a week] or sixteen days per month,” said Ward-Smith. The district is recruiting retired teachers to return as subs, she said; they already have health insurance as a retirement benefit.

Substitute teachers find work through the county’s database, SubFinder, and they have been able to work up to full-time hours. Now they are restricted in the six school months that have more than sixteen working days. When the cold and flu season arrives, that may make it more difficult for ailing DeKalb teachers to locate a substitute, Schutten said.

The Internal Revenue Service developed a rule that would allow employers to average the time of “variable work hour” employees over a year, but even that becomes complicated, said John Zauner, executive director of the Georgia School Superintendents Association and former superintendent of Carroll County.

“Tracking the employees is an administrative nightmare,” Zauner said.

Cuts to the state education budget have left little room to maneuver, he said. “[Averaging the hours] is going to take administrative assistance and there’s no more money being placed in the education budget at this point,” said Zauner. “Some of our school systems aren’t even going 180 days.”

The email to the DeKalb subs emphasized that they are responsible for tracking their own time. 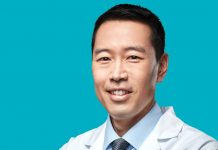 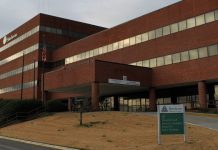 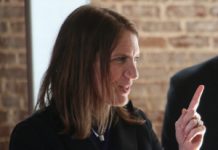 HHS Secretary: States like Georgia will eventually see the merits of Medicaid expansion