Home News & Opinion From the Magazine On draft: Get to know Bishop’s Classic City Clydesdales

Classic City Clydesdales is bucking history by bringing draft horses to Georgia. “The South was settled by mule,” says farm owner Shannon Martin. Clydesdales, the shaggy-hoofed giants most familiar to the majority of us for starring in sappy Budweiser ads, were rare in this region. “Mules were more acclimated to the climate—and a lot easier to keep,” Martin says.

Today, the Martins’ farm in Bishop, just outside of Athens, is home to about 45 Clydesdales. Each horse weighs between 1,500 and 1,800 pounds, stands close to eighteen hands (six feet) at the base of the neck, and has hooves the size of dinner plates.

The Martins, who had a small horse farm in Michigan before moving south a decade ago, first adopted Teeny, a Clydesdale rescued from an impounded carriage company. The brood grew from there.

Classic City’s herd now includes horses from Texas, Ontario, and Scotland. In addition to breeding, showing, and sales, the Martins offer carriage service for weddings and open their farm for tours and events.

There’s a new demand for the breed. Beer ads aside, few Clydesdales haul wagons anymore, but they are well equipped for another kind of cargo. “As a nation, we’re not getting any smaller,” notes Martin. “So a lot of people are looking for bigger horses to ride.”

Meet Bogton Barnaby (pictured right)
Nickname Barney
Born Scotland
Job Breeding. “He’s just about the kindest, gentlest horse you’d be around until it’s time to do his job,” says Martin. About half of Barney’s breeding occurs the old-fashioned way with mares brought into the farm, but his sperm also is shipped nationwide for artificial insemination. His services command a $1,000 fee— plus vet or shipping charges.
Side Gig Has modeled for Dragon Con photo shoots
Daily Diet 18 quarts of oats, 12 quarts of beet pulp, and one bale (50 to 60 pounds) of hay
BFF Miniature donkey named Templeton, who likes to crawl underneath Barney and try to steal his food 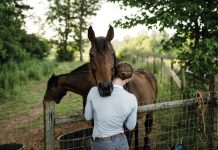 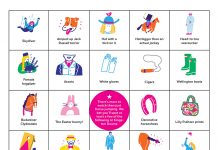 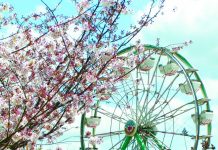