Last year, in our May 2018 issue, we took a stand and declared what Atlantans have known for years—our city is America’s music capital. If you want to see our full list of reasons why, you can check that out here. But as such, we knew we couldn’t let the decade end without looking back on the music that made it great. We asked three Atlanta music journalists—Bottom of the Map cohost Christina Lee, former Creative Loafing music editor Chad Radford, and Clark Atlanta University instructor Christopher Daniel—to pick their favorite album of the year and tell us why.

Lee: (tie) Big Boi, Sir Lucious Left Foot: The Son of Chico Dusty
A boisterous counterpoint to anyone who would dare suggest one member of OutKast is more vital than the other.

and Waka Flocka Flame, Flockaveli
This album is the link between the kinetic crunk of Pastor Troy and Lil Jon and the punk irreverence of South Florida’s SoundCloud rap.

Radford: Deerhunter, Halcyon Digest
The gorgeous atmosphere of “Desire Lines,” the frail imagery and distortion of “Coronado,” and the lurching melody of “Revival” proves that Deerhunter outgrew its indie art-punk status and evolved into a world-class songwriting entity.

Lee: The-Dream, Terius Nash: 1977
Instead of writing another “Single Ladies (Put a Ring on It),” which he coproduced for Beyoncé in 2008, the Bankhead lothario proved his versatility with stormy R&B embittered by heartbreak.

Radford: Adron, Organismo
Adron’s fairytale voice, bird-like whistle, and nylon-stringed guitar melodies in songs such as “Pyramids,” “A Wizened Sage,” and “Jorgonian of the Midnight Sun” wafted over the mean streets of Atlanta like sweet manna from heaven.

Daniel: Killer Mike, PL3DGE
Killer Mike uses the final chapter of a trilogy to preach his street gospel and socially conscious perspectives over some hard beats and soul samples.

Radford: 4th Ward AfroKlezmer Orchestra, Abdul the Rabbi
The blast of Afrocentric beats and Klezmer melodies brought to life in “Yeminite Tanz,” “Toco Hills Kiddush Club,” and the album’s title track challenge perceptions of what free jazz is—and what it can be.

Daniel: Big Boi, Vicious Lies and Dangerous Rumors
This sophomore effort cranks out intergalactic funk and Southern-fried, trunk-rattling bangers. “In the A,” featuring T.I. and Ludacris, could be the city’s official song.

Daniel: 2 Chainz, B.O.A.T.S. II: #METIME
One of rap’s wittiest, hardest-working talents kept the motivation from a number one debut album (2012’s Based on a T.R.U. Story), a Grammy nod, and a platinum plaque by delivering a sequel filled with anthemic heaters (“Feds Watching,” “Where U Been?” “Used 2,” “Extra”).

Lee: Run the Jewels, Run the Jewels 2
The installation in this vigilante crossover where Killer Mike and El-P realize the full extent of their powers.

Daniel: YG, My Krazy Life
The West Coast rapper behind “Who Do You Love” and “Left, Right” might’ve pledged allegiance to Compton, but his platinum-certified debut album got a heavy cosign from Atlanta rapper Jeezy, who signed YG to his CTE World imprint, and a dope album release party held at Patchwerk Studios in Home Park, where the bulk of the album was recorded.

Lee: Future, DS2
With his first No. 1 album, his grip on the mainstream grew even tighter for how he presented fear and loathing in Actavis.

Radford: Red Sea, Yardsticks For Human Civilization
Red Sea brought a young and stylish new perspective to the tired tropes of shoegazing indie rock, steeped in rich guitar noise and melodic interplay that was complex beyond the group’s youthful innocence.

Daniel: Future, DS2
Call it self-indulgent if you want, but with this album, Future booked trap music on a first-class magic carpet ride through a psychedelic mystery tour, all while making superproducer Metro Boomin a highly sought-after console wizard.

Radford: Duet For Theremin and Lap Steel, 10
10 is the culmination of a decade spent sculpting a hauntingly beautiful and truly new form of sonic expression. This is by no means experimental music; these guys know exactly what they’re doing.

Daniel: Young Thug, Jeffery
What other zany rapper do you know who can break the internet with a mixtape by wearing a ruffled dress on the cover, name each track after a pop cultural figure, and release an infectious calypso-themed bonus track pleading to “Pick Up the Phone”?

Lee: Migos, Culture
Once this family act fully figured out how trap tropes could be their playground, this album’s title rang true.

Radford: OMNI: Multi-Task
The album is filled with subtle, understated songs such as “Equestrian,” “Choke,” and “Calling Direct,” each one spiraling into classic post-punk and new wave atmosphere, and propelled by an avant-garde groove and swing.

Daniel: Cyhi the Prynce, No Dope on Sundays
Despite 2 Chainz’s Pretty Girls Like Trap Music turning its rose-colored cover art into both a tourist attraction and national landmark, the lyrically astute Stone Mountain native and underappreciated member of Kanye West’s G.O.O.D. Music imprint reminds listeners that concept albums can still matter in an era of playlists.

Lee: Janelle Monáe, Dirty Computer
Her most affecting album may soon become our generation’s Born in the U.S.A., by way of Prince’s sprawling influence.

Radford: Flamingo Shadow: Earth Music
Madeline Adams Matysiak’s sweet voice over irresistible Caribbean and post-punk rhythms in “All Way Down,” “Black Cloud,” and “Taxi,” are reminders to celebrate youth and freedom before the technology we all depend on enslaves us all.

Daniel: Lil Baby & Gunna, Drip Harder
It doesn’t get any better than best friends both becoming two of music’s most buzzworthy artists with one of the year’s biggest hit records (“Drip Too Hard”).

Lee: Yung Baby Tate, GIRLS
In a year where early 2000s nostalgia became unmistakably cool, this Decatur native sounded right on time as she picked up where TLC’s rap-R&B left off.

Radford: The Royal Krunk Jazz Orkestra, Pyramids
Russell Gunn and a laundry list of Atlanta’s most accomplished players present a love letter to the pharaohs with a cosmic fortitude that defies jazz standards and reveals wholly new dimensions in music.

Daniel: Lil Nas X, 7
This EP lasts just 18 minutes, but the history-making, breakthrough megastar behind the country trap-flavored “Old Town Road” refuses to let that hit define him, bringing along Cardi B., Travis Barker, Ryan Tedder, and Billy Ray Cyrus to round out an impressive set. 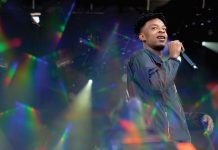 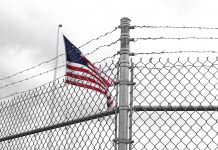