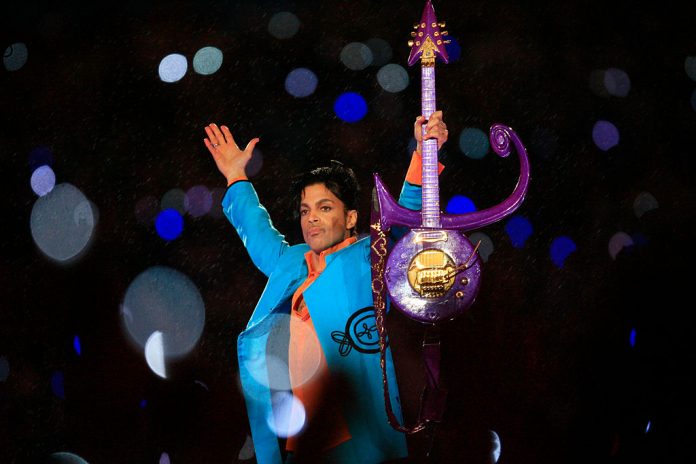 April 1, 1985. Mrs. Lancelotti’s tenth-grade Spanish class. I’m sitting next to Colleen. Colleen is wearing a Prince shirt. She is giddy. It’s the Monday after his concert, 30 miles down the road. Tickets were $17.50—precisely the amount I’d paid to see Bruce Springsteen on the Born in the USA tour, two months earlier in the same arena. Something needs to be said here: When it’s 1985, and you’re a 15-year-old boy growing up in a blue-collar town in upstate New York, and the choice is between Springsteen and Prince, you go with Springsteen. Springsteen meant cars and escape and distant fathers and shitty jobs. Springsteen was nihilism. Glorious, self-pitying, pre-Cobain nihilism. What could be more masculine, right?

But the girls. The girls always went with Prince. Always. That confounded me. It confounded my male friends (redundant: all my friends were male) with our stupid basketballs and chicken wing parties. Prince wore boots with heels. He wore makeup. He sang like a girl. Prince confounded us because he was about sex, because he challenged our parochial definition of what it meant to be a man.

I don’t remember exactly what I said to Colleen, but it was judgmental and idiotic, and to her credit, she looked at me and just smiled.

In the 31 years since attempting to insult Colleen for her musical taste and last Thursday, when I sat in seat 78 of row U of the Fox Theatre for Prince’s final performances of a career that exceeds all superlatives and defies all understanding, a lot happened. I’ll summarize it thusly: I came to realize, later than I care to admit, that there is no one like Prince.

A few things struck me about seeing him live, with no other instrument but a piano. The first was I couldn’t really see him, his face anyway, even though I was just 20 rows or so from the stage. There was no spotlight on him, and what illumination there was only intensified the man’s inscrutability. It didn’t matter. He’d play a song, then the applause—no, not applause; adoration—would make him raise his arms, less a supplication than a benediction. Occasionally he’d take a victory lap around the piano. He apologized at the outset for postponing the show from a week before. He played while he sat and while he stood, tapping out the beat with his left foot, the rhythm of his left hand steady but always funky. He opened with Little Red Corvette (and allowed us to think maybe the riff was inspired by the Peanuts theme) and closed just 75 minutes later with Kiss. At one point—I think it was during A Case of U—he hit a note that almost brought my wife, a classically-trained soprano, to tears. Tears of admiration, mixed with envy. If he was sick, none of us could tell. The man oozed music. He was a beautiful freak of nature.

I’d spent the two weeks before the Fox show listening to Prince almost exclusively. I kept coming back to two songs, neither of which he played. One was new to me, called 7—almost gospel in its arrangement. “All seven and we’ll watch them fall/They stand in the way of love and we will smoke them all.” The other, everyone knows: Purple Rain. The day before the show I announced to my wife that it was simply the greatest song ever. That growling. Those plaintive falsettos over the guitar’s long coda. She thought I was exaggerating. Maybe I was. Today, I’m not.