Through the lens of his camera, photojournalist Boyd Lewis watched as Atlanta transformed itself during the second half of the 20th century. He spent much of the 1960s and 1970s working for African American–operated newspapers the Atlanta Inquirer and the Atlanta Voice, where he photographed innumerable politicians, civil rights leaders, and other historic figures. After he left journalism in 2000 to become a schoolteacher in California, Lewis donated more than 10,000 of his images to the Atlanta History Center. Through January 16, you can see 60 of those photos on display at the Margaret Mitchell House. We recently chatted with Lewis about his photojournalism career, the photos that still stick in his mind decades later, and his special connection to the Margaret Mitchell House.

What drew you to photography?
My grandfather was the president of the New Orleans Camera Club. He hauled around these four-by-five cameras, taking pictures of some of the old plantations on the river road between New Orleans and Baton Rouge. Some of them wound up in the 1939 Louisiana exhibit as part of the New York World’s Fair. He made his own cameras and enlargers and he showed me how to make prints. It was stinky and smelly, but it was just magic watching those prints come up in the developer.

Later I took a photojournalism class at the University of Memphis. I would wander around campus taking photos, looking for odd things, not picturesque things. That one class was the only training I had. Later, when I started working at newspapers, I would take my own photos for my stories. I was always hired as a writer, not as a photographer. But I really got into it, and started subscribing to all of these photography magazines for inspiration. Eventually I began devoting myself full-time to photojournalism.

During the 1960s and 70s, you were one of the few whites who worked at the city’s black-owned newspapers. How did you land those jobs?
I was always interested in the goals of the civil rights movement. I remember the Freedom Riders coming through Memphis when I was a high school student. And of course everyone on the streets in Memphis was booing them, but I wanted to be on the bus!

When I wound up in Atlanta, I had been state editor of the Meridian Star in Meridian, Mississippi. I’d been fired for covering the police killing of a 14-year-old black kid. The white editor called me at 4 a.m., and said “Get your ass down here! In this city, we never contradict the police.” I had eye-witnesses, but [the newspaper] didn’t care. So I started working for a black candidate for office in Meridian. [In that job] I was surrounded by civil rights leaders, and after my candidate lost, the Klan was following me around, following my wife around. So we quit our jobs and got out of there. I sent out a bunch of letters: “Help! Hire me! I’m surrounded by the KKK!” And I got some replies, including one from the Atlanta Constitution, which needed a copy editor.

I got an apartment on Juniper and 3rd street, and started working as a copy editor at the Constitution. I only lasted about six weeks before I was canned. I realized there was one corporation in Atlanta—Cox—that owned everything [in traditional media], and their newspaper had just fired me. I happened to see a copy of the Atlanta Voice, which was not owned by Cox. I went up and described what I’d done in Mississippi, and the editor, J. Lowell Ware, said “I don’t know if this is a good idea, but maybe we could use you here on staff.” I was working in civil rights journalism, and I had my own camera, so he didn’t have to pay for the camera. And those years, from 1969 to 1974, black journalists were really in demand from mainstream publications. They knew the money wasn’t lucrative [at black papers] and the editors were often quirky. So they would go on to bigger things. That’s really how I ended up getting the opportunity. Later, I went to the Inquirer and worked for Jesse Hill, and wrote about a different aspect of the black community, more of the bourgeoisie and the political leaders. A couple of years after that, I became the first news editor of Creating Loafing.

The History Center has thousands of your images in its collection. Are there certain photos that are particularly memorable to you?
I do have favorites, and some of them involve Congressmen John Lewis, back when he was the head of the Voter Education Project. The head of the board was Julian Bond, and they went on a tour together in 1972 to get out the vote. They invited me to come along, and I was encouraged by Jesse Hill to do it. We spent almost two weeks traveling around Texas and the South, to little towns and big cities. Julian was the big star, but in the background always was John. I documented the whole tour, and that set is my personal favorite. It was the first time I got a chance to pretend like I was a big-league photojournalist, embedded with the VEP.

You also worked as a radio and television journalist. Why did you transition into those two mediums after so many years as a print photographer?
I was always listening to All Things Considered, which at the time was the only program that NPR offered. I’d been a volunteer for WRFG, and done some programs with them, and I liked microphones. So I went to WABE, and because of that slim experience that I’d had, they hired me. First I was a classical music disc jockey, and then I became a reporter, and then the news director. And then a hostile entity took over WABE, and fired all the people who were doing production work. So from there I bounced into CNN. I had a contact there who helped me get a job as a writer for their evening newscast. And that was fun, but I never saw any of my friends again because I worked the 3 p.m. to midnight shift.

Your photos are currently on display at the Margaret Mitchell House. But you also once lived there.
I was the last person to live in the apartment where Margaret Mitchell wrote Gone With the Wind. It all started when I was renting this little storefront on Peachtree Street. It had been an occult bookstore, and I figured it was going to be my gallery. The rent was only $75 a month, so it was relatively affordable, but things still got tight. I had to go to the landlord and say, “I’m having trouble with the rent, is there something I can do around your properties?” And he said, “Well, just down the block there’s this decrepit old building.”

They were going to tear it down and put in a development called Peachtree Walk. But they wanted to make sure that no one broke into it and burned it down before that happened. Irony of ironies. So I walked everything I had down the block, in the pouring rain, and set myself up in Apartment One. It was the only place in the building that had electricity. There were all these rats running around, and I had to keep a baseball bat near the bed in case any of them jumped on me at night. I also took photographs of all the wonderful architectural details inside the building. It was originally a two-story mansion built in 1899. Later a third story was added and it was turned into an apartment building.

Margaret Mitchell of course was a journalist; the guy who built the house was a journalist; several of his daughters became journalists, one was a famous correspondent during WWI. So it felt like there was this legacy of journalism connected to the house. I’d set up my typewriter in the kitchen and turn on the stove, because it was the warmest place in the house. I didn’t have any working heat. There were in-wall electric heaters, but when you turned them on they sparked and you could smell burning insulation. And there was no warm water. But boy, when the sun was setting, and it would hit those beveled windows, it would fill the room with rainbow colored light. It was absolutely beautiful! Being an old hippie, I kind of liked the psychedelic quality. Soon after I left, some bums broke in and set a fire, which was the first of four major arson fires that eventually destroyed the house. It was an amazing time, though sometimes an acutely uncomfortable time.

In 2000, you moved to Los Angeles, California to become a middle school teacher. How did your years as a journalist prepare you for that second career?
I was an English teacher, and I’d always talk about how important it was to use words. I ran my classes almost as journalism classes. My goal was to have [the students] be able to listen and understand, to write and be clear, and to speak and be respected. And respect was so important to these kids. That’s what they wanted. For these kids, and almost all of them were Latino, and coming from circumstances that by and large were desperate beyond imagining, they loved having a mission and a role. Something that would make them respected.

Another thing that struck me: With journalism, you work and work and put out something with major effort, but you don’t hear anything from anybody! With school, it’s immediate; you know if you’re doing a great job or if your lesson is a dud. 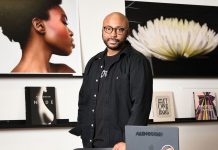