Born in Louisiana, Jericho Brown is now an associate professor and director of the creative writing program at Emory University. His poems have appeared in the Paris Review, Time, the New Yorker, and the New York Times, among others. He is the recipient of fellowships from the Guggenheim Foundation, Harvard University’s Radcliffe Institute for Advanced Study, and the National Endowment for the Arts. His first book, Please (2008), was awarded the American Book Award, and his second book, The New Testament (2014), won the Anisfield-Wolf Book Award. He’s currently on tour promoting of his most recent collection of poetry, The Tradition (2019), attempting to (as Brown says) “take the book around the sun.” He’ll give a reading in Atlanta this weekend at the Decatur Book Festival.

Brown’s poetry allows him to shore up the delicacies of love with the inescapable terror of existing as a gay, black man in the South. His ability to harness traditions, history, and myth to bring clarity to the violence and trauma inflicted upon his many subject positions has allowed him to emerge as one of Atlanta’s most prominent poets.

For a brief hiatus in his tour schedule, Brown returned to his Atlanta home, where we sat across from the picture window in his sunlit front room—the place where he often sits on quiet mornings to read, write, and watch the rabbits gather on the front lawn.

The concept of home is undeniably present in most of your poems. What and where is home for you?
Right now, it’s right here. I have a library downstairs where I can get a lot of reading and work done. So I always feel like I’m trying to get back to here so I can sit comfortably and learn to properly take care of myself—and properly waste my time, and properly do stuff [impulsively]. Because you can’t really live your life like that on the road, or even at the university where I work.

What does the Atlanta poetry community look like in your eyes?
It’s changing so much. Katie Farris and Ilya Kaminsky moved here recently and they’re teaching at Georgia Tech, and Beth Gylys, who’s a great poet, is over at Georgia State now. [Emory] just hired two new poets: Robyn Schiff and Heather Christle. But, you know, beyond the academics, there is a huge scene in Atlanta in terms of all kinds of genres of poetry—Collin Kelly, Teresa Davis. I would like for my involvement in [the Atlanta scene] to be more regular than it has been. I think now that this book has come out, I’ll be able to be more a part of it.

Why do you do what you do?
The more I do it, the more it’s really completely selfish, to be quite honest with you. For me, it’s become part of my self care, part of me being able to live in this country. It’s how I talk to myself. It’s partially how I pray. Being able to work on poems helps me walk around in the world. Being honest with myself in this room helps me deal with what I have to deal with in other rooms where I’m asked not to be honest. It’s the best thing that ever happened to me.

I know I’ve been changed by people’s poems, so I know there’s a possibility for people to be changed by my poems. I know that could happen, but I can’t write trying to make that happen. I don’t know what the magic is that makes that happen. I only know the magic that I can do to myself. I can do some self-sorcery.

So my job, then, is to write the best poems that I can write. Then, because I want to participate in the conversation, and because I love poetry so much, I put those poems in the world for people do with whatever they want. But once I put them in the world, my hands are off; I can’t monitor them. You have to let the poems go and really compartmentalize.

Throughout your work, love, power, and violence all intertwine. Do you see love as a political act?
There’s very little I don’t see as a political act. But I think choosing to experience love in the face of so much normalized evil is actually amazing. I don’t think it’s just political; I think it’s pretty radical. Everything about our world is trying to lead us against [love], trying to make us more and more numb to it. It’s very difficult to be vulnerable and to be intimate, and I think more difficult now. It’s sort of a purposeful thing. People laugh at you if you’re caught being vulnerable, but in actuality, I think it’s the only the only way to ever make a connection with folks.

Many of your poems lend an often ignored delicacy and fragility to black men. Why have you chosen to present black masculinity in this way?
I think media, social media, and television give us the wrong ideas over and over again about who we really are. I come from a family where generation after generation, we, for the sake of beauty, tended our houses, our land, our lawns, our flower beds. There were gardens in the backyard where you grew greens, beans, tomatoes, and potatoes, but in the front yard, you had a flower bed for no reason other than the fact that it was beautiful. Those are the kinds of things we don’t know or see about each other, particularly when we think about black men.

That’s who my dad was. He was also a lot of awful, but I have to remember that he taught me that. I can share that feeling with him now because I have a yard; I didn’t understand it before. I remember turning the corner to our house when I was a kid, entering the driveway, and hearing him say, “Ooh that’s pretty.” [There was a sense of] pride because the yard looked nice. I got to see something in him that isn’t what people automatically think about him when they simply think of his image.

This is why I’m interested in this thing called masculinity. I’m interested in the fact that it could exist, but in our minds, in our perceptions, we keep leaving stuff out of it. People have to fall in love. People have to take care of their kids. I want to make sure men know it’s possible for them to have feelings and that those feelings are okay to have. I think our world would have us believe they’re not okay to have.

Your poems are often about difficult and highly politicized parts of your experience as a black, gay, Southern man, but they are simultaneously celebratory and joyful. How do you find that meeting place between terror and joy in your work?
Well, it’s just my life, isn’t it? I’m from Louisiana, which is where you learn to party if you really want to. I am gay and we do have a good time, and I am black and don’t nobody sing and dance like us. At the same time, having all of those identities in a single body means bombardment from people you share identities with.

[The terror and joy] are both there, but I think they’re both there for everybody. I just get the opportunity to see it. W.E.B. Du Bois talked about this when he talked about double consciousness; I get to look outside of myself and see myself having those experiences at one time. Other people are having those same experiences, but they don’t understand that’s how we live our lives.

The trouble white folks are having in this country in particular is not being able to see that things are happening as they are happening. Then, when some result appears, white people experience a surprise and shock that black folks don’t have. Some of us in this country are under the impression that we are being protected, and some others of us understand that protection was never there. And so that’s what I’m talking about. That’s what I’m interested in. That’s what I want to tell the truth about, the way privilege hurts even the people who are supposedly privileged. We’re experiencing the world on fronts where the same thing happening to two people can be seen in two very different, and, for both of them, very dangerous ways.

Do your students at Emory ever surprise you? Do they ever show you something that makes you think about your work in a different way?
Every day. Every time we meet. Every time they turn in a poem. They’re always doing stuff where I’m like, why did you think that? There’s always something audacious happening in their writing. Because they don’t know any better. They’re breaking rules that they don’t even know are rules. So it’s interesting the ways in which they follow the rules. And the things they say are interesting, not just in their work. They will have realizations or they will say things that they don’t even think of as realizations, and I’ll think, That’s what they meant. That’s what that poem I’ve been reading means. They have genius in them; I’m not exaggerating.

Aside from your position at Emory, what keeps you in Atlanta?
There are a lot of black queer folks here, and it’s nice to be around that. Black people here, the South, what I hear. I need the vernacular. I need the colloquialisms that are particular to the South. I need the accent. I need it, quite honestly, in order to make my work. Sometimes, maybe I need to miss it, too. I was able to write a book when I was in San Diego that had to do with the fact that I missed [the South]. But this literary scene has always been good and is about to be at another peak moment. I’m really excited to be a part of that and to give and to contribute to Atlanta.

Jericho Brown will be reading from his latest book, The Tradition at the Decatur Book Festival on Sunday, September 1 at 2:30 p.m. in the Decatur Presbyterian Sanctuary. 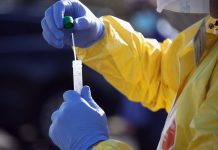 Too little, too late? Why testing has taken so long to come online in Georgia 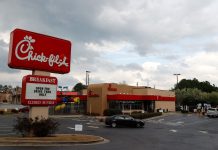 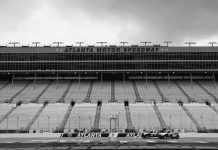