Metro Atlanta’s sprawl has contributed to our appalling traffic and a host of problems that range from high obesity to low economic mobility. Here’s another cause for alarm: Our car-centric development is a reason that walking here can be deadly.

The metro area is one of the most dangerous places for pedestrians, according to a report released today by National Complete Streets Coalition, a program of Smart Growth America, an organization that advocates for safer and more walkable community planning and development.

According to the report, more than 47,000 U.S. pedestrians died during the decade of 2003-2012—that’s 16 times as many as those killed in natural disasters. But you don’t see presidents taking helicopter tours of dangerous intersections or governors going on TV to declare that a dearth of crosswalks is an emergency.

Perhaps they should. It’s risky to be a pedestrian in Georgia. Between 2003 and 2012, 1,564 people died while walking here, an annual mortality rate of 1.67 per 100,000, compared to a national rate of 1.56. More than half of Georgia’s pedestrian deaths occurred in metro Atlanta, where 839 pedestrians were killed in the decade analyzed.

Smart Growth’s Dangerous by Design report analyzes traffic fatalities and pedestrian mortality rates. The Atlanta region ranked eighth on the “Pedestrian Danger Index,” which is calculated based on a formula that takes into account the percentage of residents who commute by foot and the number of pedestrian fatalities.

“Many streets were designed for speeding traffic, not pedestrians,” said Stefanie Seskin of the National Complete Streets Coalition. Indeed, the areas with the highest PDI scores are Sunbelt metros that, like Atlanta, expanded rapidly after World War II, with car-centric design—wide roads, far-flung intersections, and low overall density.

The Most Dangerous Metro Areas for Pedestrians

The researchers found that nationally, the pedestrian groups most at risk are children, the elderly, and people of color. The statistics for Georgia are no different:

You can search for pedestrian fatalities with Smart Growth’s interactive map. 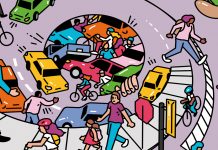 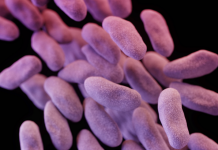 Atlanta Must Reads for the Week: Sacred Harp singers, Sapelo Island sugarcane, and a battle with a deadly superbug 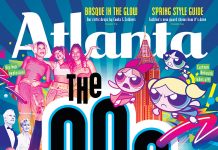 By the numbers: Atlanta’s 90s sprawl