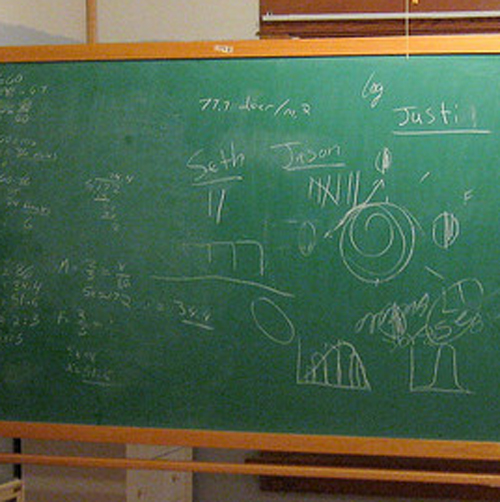 This article originally appeared in our March 2010 issue.

College isn’t just for kids anymore. Atlanta’s unemployment rate passed the 10 percent mark last year. Once-popular professions and profitable industries have soured or dried up. And the director of the Georgia State Economic Forecasting Center predicts the job market will get worse before it gets better. All this uncertainty is driving many adults to seek refuge in academia, either to broaden their skill-set in a current field or to tackle a completely new one. Schools catering to returning students are reaping the benefits, from Atlanta Technical College, which experienced a 47 percent increase in enrollment this year over last, to Georgia Southern University, which experienced a 99 percent increase in graduate school applications last academic year and continues to see growth.

A 2003 Georgia Institute of Technology report showed that University System of Georgia (USG) graduates earn an average of $14,000 more per year than the state’s high school graduates. Annual earnings boosts ranged from $5,706 for two-year colleges to $19,362 for the Medical College of Georgia. Top payoffs included a $18,621 premium for Georgia Tech, $18,513 for Georgia State University, and $17,034 for Southern Polytechnic State University.

If you are tempted by this increased earning power but afraid of returning to the classroom, there are resources to help. Find out if the school you’re considering has support programs such as Kennesaw State University’s Adult Learner Information Seminars or Georgia Southern’s Non-Traditional Student Organization, which has hosted speakers on pertinent topics such as financial aid and childcare. Schools also have different undergraduate admission requirements for returning adults. For example, if it has been more than seven years since you took the SAT, Kennesaw State provides a placement test called COMPASS as an alternative. (COMPASS is used by many Georgia schools.) If you’re not up to speed, USG colleges provide learning support classes. Georgia Southern even allows nontraditional students to register early to ease scheduling conflicts. (If you are sixty-two or older, state tuition is free.)

Teresa Morales is pursuing her Ph.D. in communication at Georgia State. Returning to school in her late forties, she observes, “Aging eyes are probably the most frustrating difference. Second is the decrease in memory ability; everything takes more time. However, the act of prioritizing and studying is much easier and smoother than in younger years. I can [also] see the value of life experience in my coursework and writing . . . Going back to school has awakened my mind and experience far, far beyond what I could have ever possibly imagined.”

Check out these local opportunities:

Part-time degrees. For adults with full-time jobs, night and weekend classes provide a practical solution. DeVry, Herzing, Strayer, and American InterContinental universities are among schools with campuses in metro Atlanta that cater to working adults. DeVry, for example, offers bachelor’s and associate’s degrees in several fields: engineering, business, media and technology, health sciences, and liberal arts. These national universities also offer online programs. For a local alternative, Reinhardt College, based in Waleska with a center in Alpharetta, has a program dedicated to nontraditional students.

Online degrees. This type of program represents the fastest-growing segment of higher education. The number of students taking at least one online course increased 12 percent between 2006 and 2007, according to surveys sponsored by research groups and the College Board. The website georgiaonmyline.org lists distance education courses and degrees from the thirty-five USG colleges and universities. This year, Georgia Perimeter College hosted the state’s largest such program, with 7,166 participants. Popular national players include the University of Phoenix, Virginia College, and Argosy University. Both Phoenix and Argosy have campuses in Sandy Springs, so Atlanta-area students can combine classroom and online courses. With more than 11,000 students here, Phoenix is actually metro Atlanta’s tenth-largest college. These schools offer a surprisingly wide variety of options. Phoenix degrees range from a bachelor of science in business focused on green and sustainable enterprise to an RN-to-BSN degree.

Online courses should be just as transferable as traditional ones, provided the sponsoring school is accredited by a division of the Higher Education Accreditation Commission such as SACS (Southern Association of Colleges and Schools). Note, however, that online universities are often private and somewhat more expensive. Phoenix courses, for example, cost about $400 per credit, versus closer to $200 per online credit at Valdosta State University.

Graduate degrees. Interest is also growing in postgraduate studies. Michael Gerber, president of the Atlanta Regional Council for Higher Education, a consortium of metro-area colleges, says, “I think individuals are deciding to go back to graduate or professional school in order to retool themselves for the economy, to make themselves more competitive in the job market.” Georgia colleges are responding with creative new programs. Mercer University’s Atlanta campus, which is almost entirely graduate-level, is adding doctoral programs in fields such as counselor education, physical therapy, and nursing practice. Clayton State University is offering a new master of archival studies to capitalize on its proximity to both the Georgia Archives in Morrow and the National Archives in Atlanta.

Technical degrees. The Technical College System of Georgia offers certificates, diplomas, and associate degrees in full-time, part-time, and online formats. Last fall, TCSG enrolled a record 110,254 students. TCSG commissioner Ron Jackson believes most of that growth came from adults seeking careers in more recession-proof industries such as information technology and healthcare. With tuition costing only about $2,400 per year—sometimes covered by state and federal grants—enrollment promises a strong return on investment. 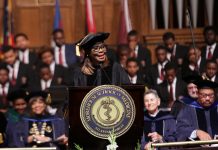 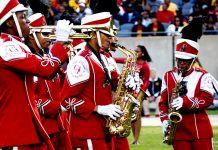