Maxwell Williamson is 15 years old and wants to be a rock star. He lives in Snellville, plays lead guitar in a cover band called Retromaniacs, and just started writing his own songs. And on this Thursday, he’s come to the Red Clay Music Foundry’s Songwriting Workshop for help.

Williamson sits in a classroom in the basement of the downtown Duluth theater, his guitar case propped against the seat beside him. He’s wearing a mismatched tracksuit and the faint shadow of a mustache. Among Williamson’s fellow students are a couple of teenage girls, but also men and women in their 40s and 50s. Some are singers, others pianists, and more than a few are guitarists.

But when one of the night’s three instructors, veteran Atlanta singer-songwriter Michele Malone, enters the room with her guitar, she singles out the only student who brought his instrument.

“What do you want to know?” Malone asks Williamson.

He clears his throat. “I want to know your secret,” he says.

“No secrets,” Malone says. “I’m still learning. Just keep doing it, and do it because you love it.”

Meanwhile, Eddie Owen paces the hallway, taking head counts from the two other classrooms. After 30 minutes, the musicians will switch rooms and then do so again, providing students three perspectives on the music business.

Owen knows something about musical ambition. He is a failed musician who in the 1990s and 2000s channeled his drive into Eddie’s Attic, the Decatur spot famous for open mic nights and launching careers. He occasionally hosted meet-and-greets for aspiring musicians, but the Attic was as cramped as its name implies.

Following Owen’s abrupt 2012 firing from the Attic, he focused on his vision: transforming the Red Clay Theatre in Duluth into a performance space paired with a music school. Last summer, bolstered by support from the City of Duluth, he updated the theater’s basement space and struck deals with the Gwinnett School of Music and the Gwinnett School of Rock to host lessons and band practices.

And on this night, Owen is hosting his first Songwriting Workshop. After open forums on the creative process, the students can go upstairs to the auditorium and watch the pros put their preaching into practice. The fee is modest (for this inaugural event: $25 for the workshop; $35 for class plus concert), and Owen gives all after-cost proceeds to the musicians. For the performers, this is also a way to give back—to the audience and to the man who helped them start their careers. “I’ll do anything Eddie asks me to,” says Levi Lowrey, a CMA-nominated songwriter from Dacula who caught Owen’s attention playing Attic open mics and is sharing tonight’s course load and playbill with Malone and Drivin’ N’ Cryin’ front man Kevn Kinney. “He’s done so much for me.”

By the time Lowrey makes his way to Williamson’s classroom, the young man has worked up the nerve to pose the question he really wanted to ask. Williamson leans forward and, with tears in his eyes, asks Lowrey about forgoing college and dedicating his life to music.

A stocky bear of a man, Lowrey resembles a Southern Hagrid. He takes a moment with the weight of such a question. Then he answers, “Do what you love.”

Lowrey knows it’s not that simple. So does Owen. “Now I just have to figure out the revenue stream,” he says, grinning in the hallway. “Most people start with the money and go for the dream. I started with the dream.” 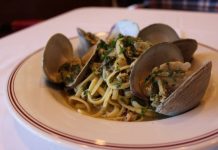 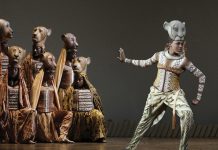 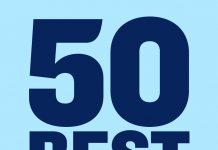