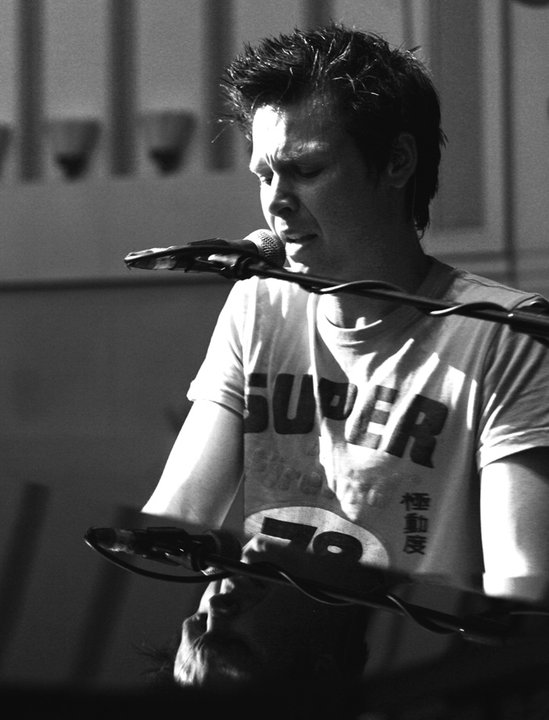 It’s a conversation most people don’t have over a pint with an Englishman at the bar in RiRa. But this summer, singer-songwriter Kevin Rowe was deep in thought, discussing his concerns with us about an issue the Atlanta Convention & Visitors Bureau doesn’t include in its “Welcome to Atlanta” pamphlets: the city’s scourge of human trafficking. After doing some research, Rowe was incredibly moved by the efforts being made by the Wellspring Living. The local non-profit was established in 2001 to help the one in four women sexually abused by the time she reaches her 18th birthday and to assist sexual abuse survivors plot a bright future. Rowe expressed a commitment to helping Wellspring raise money and increase awareness about the city’s perhaps most taboo societal plight.

Of course, a lot of people say a lot of things over a pint in a pub. Then again, most people aren’t Kevin Rowe.

On Saturday night at Tavern 99, the British singer-songwriter will wheel in his piano, along with a full band to stage a benefit for Wellspring and to heighten awareness about sex trafficking. The evening will be filmed for a commemorative DVD due out later this fall. On Saturday morning, Rowe’s gorgeous new single, ” “Everything I Was Made For” debuts on the songwriter’s website as a “name your own price” fundraiser for Wellspring for the next 30 days.

Rowe’s philosophy since arriving on this side of the Atlantic in the fall of 2010? The city of Atlanta is now his adoptive home, down to its problems. “We’ve got 14-year-old girls on the streets here in one of the greatest cities in America and yet human trafficking remains a taboo subject,” Rowe explains. “It just broke my heart when I started learning more about this. This is my home now so this is my problem now, too. I want to shout as loud as possible about this.”

This month, Wellspring Living president Mary Frances Bowley appeared with Rowe on CBS Atlanta’s “Better Mornings” to promote the gig and to deliver some sobering statistics for viewers. Said Bowley: “Each night on the streets of metro Atlanta there are over one hundred girls being exploited. That means each night in Atlanta a girl is raped eight to 10 times a night to bring home a $1,000 to their perpetrators. It’s a big business here.”

While the city’s sex trafficking stats did not directly inspire “Everything I Was Made For,” Rowe believes the fundraising single’s theme applies to the young girls at the center of the epidemic. “It’s an uplifting song,” Rowe says. “It’s about taking that leap, having faith in yourself and having the strength to take that next step for yourself. Hopefully, it has an inspirational message.” Rowe’s brand-new, shot-in-Atlanta video for the single is posted on his website.

For the singer-songwriter’s growing legion of Atlanta fans, the show offers an opportunity to hear some brand new material being captured for the DVD concert project as well.

“I don’t want to be that annoying immigrant who shows up,” Rowe concedes with a chuckle. “I don’t want to be the nosy Brit poking around in other people’s problems. The way I see it, this is my home now and I’ve got to do my part to help.  And you can’t begin to solve the problem until you start talking about it.”