Home News & Opinion From the Magazine Solar eclipse 101: What to know about watching in Georgia

On August 21, for the first time in nearly a century, a total solar eclipse will cross the United States, sweeping southeast from Oregon to South Carolina. Here, your eclipse watching 101.

What to expect
Total eclipses offer a rare chance to see the sun’s chromosphere (which appears as a reddish ring around the disk) and corona (white plumes that stream into space). The sky will grow dark with sunset colors around the horizon, temperatures will drop, and you might even spot a few stars. Eclipses also confuse Mother Nature: Crickets begin chirping; birds stop singing.

How to watch in Atlanta
To see the partial eclipse, go to an open area with a pinhole camera (an index card with a hole in the middle). Face it toward the sun and watch the eclipse form a crescent-shaped light on a second piece of paper.

Where to watch in Georgia
Atlanta is outside the path of totality, so head to Georgia’s mountainous northeastern corner to experience the moon’s full shadow—roughly 70 miles wide—moving at 1,800 miles per hour over the Earth. Full darkness will begin at 2:35 p.m. and last 2.5 minutes.

Celestial geometry
A total solar eclipse occurs when a full moon’s orbit aligns and it blocks the sun, creating what’s called a “path of totality” in shadow. It happens once every 18 months but usually over uninhabited areas such as oceans or deserts. “It’s particularly rare for a total eclipse to pass through so many large cities,” says Erin Bonning, director of the Emory University Planetarium.

Weather factor
“Late August afternoons aren’t noted for clear and dry skies in Georgia,” Bonning warns. Before heading north, check short-term weather forecasts. Eclipses can still be visible on cloudy days, but rain can mean all bets are off.

Eclipse lore
Some ancient cultures believed eclipses were the result of dragons moving through the solar system—or even swallowing the sun. In medieval times astronomers who could predict eclipses were considered powerful and often advised kings.

Be careful
Regular Ray-Bans don’t shield all harmful wavelengths of light. You can find 3-D style “eclipse glasses” online for a buck. Remove the glasses only when the sun is completely occluded.

History’s (relatively) famous eclipse
In 1919 English astronomer Sir Arthur Eddington used a total solar eclipse, observed off the coast of Africa and in South America, to verify Albert Einstein’s then-radical theory of general relativity. He offered observational proof that starlight would bend around the gravitational field of the sun—and that Newtonian physics were flawed. Eddington’s findings made Einstein famous overnight. 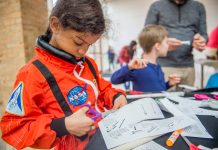 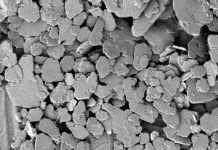 An unexpected discovery in Middle Georgia: Rare-earth elements used in everything from smartphones to X-ray machines 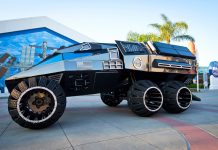