The most important rule of One Hundred, a monthly freestyle rap event organized by local nonprofit Soul Food Cypher, is to show courtesy. Cursing is strongly discouraged—unless it is to prove a larger point—because children are present. If spectators talk over the emcees, Soul Food Cypher’s “enforcers,” or moderators, remind them, “Respect!” Cheering, on the other hand, is strongly encouraged.

October’s event in Little Five Points Community Center began with a cypher, a circle of more than a dozen emcees who took turns rapping, open-mic style, as a DJ spun and built beats. Then, they shifted to an elections-themed word association exercise (“I don’t need you for an approval rating, I keep it moving”), going around the circle until each performer had an opportunity to freestyle.

One Hundred is one of 26 events the seven-year-old organization hosts each year that aim to turn hip-hop artists into community leaders by building camaraderie, encouraging collaboration, and providing a platform. They build on the legacy of old school hip-hop and rap records that spoke truth to power, like Grandmaster Flash and the Furious Five’s The Message, to promote social consciousness and creative expression.

The most famous freestyle rap battle competitions, like Toronto’s pay-per-view King of the Dot, can turn ugly because being politically incorrect is often a winning battle strategy. Soul Food Cypher refuses to be judgmental. “Everyone is allowed to get into the cypher regardless of their skill level or background,” says Eric Ludgood, Soul Food Cypher’s curator who also raps under the moniker Zano Bathroom. “Hip-hop heads infamously have a history of homophobia and misogyny. If an emcee steps outside the parameters, we will politely correct them. ‘This is what we do. Here is how it is different from what you did. How can we go forward and build up the energy?’”

In 2011, cofounder and photojournalist Alexander Acosta was volunteering as a photography teacher at Whitefoord, Inc.’s Intel Computer Clubhouse, a media center in southeast Atlanta open to “at-risk” teens, when he first witnessed how music could be a catalyst for change. He noticed how interested his students were in learning how to film music videos and discovered he bonded with them more quickly when he taught them how to write verses.

The following year, after Acosta, Mark Montgomery, Majorca Murphy, and Walid Khoshravani started organizing a biweekly hip-hop event at WonderRoot, Soul Food Cypher launched a membership program, cultivating a network of freestyle lyricists who perform at venues like the High Museum of Art and the Decatur Book Festival, help run monthly cyphers, and lead afterschool programs at the Kindezi School. In exchange, Soul Food Cypher teaches members the basics of how to be a working hip-hop artist, from gripping a mic properly to filing invoices. Kids whom Acosta first met at Whitefoord have since joined the organization, bringing the total number of members to 23.

A year ago, Soul Food Cypher became a 501(c)(3). The leaders hope they can extend the group’s reach even further, akin to how some local hip-hop stars like Killer Mike and T.I. have evolved as activists. “I want us to be more ingrained in universities and academic spaces and include emcees in conversations about civics and public policy,” Acosta says. “emcees’ voices are important.” 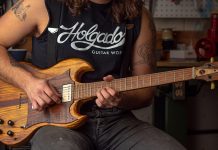 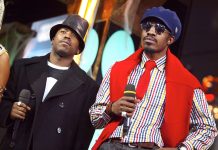 The CDC says to wash your hands for 20 seconds. 9 Atlanta songs to help you keep time.

Chef Hugh Acheson: “My real worry is for all the people that I promised to provide for and can’t”