Home Eldredge ATL Spotted! Owen Wilson with Will Ferrell on the way? 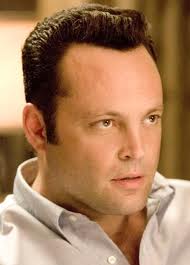 Actor Owen Wilson and his nose were among those checking out Whiskey Park’s latest Saturday night party concept, Vintage inside the W Midtown at 14th and Peachtree last weekend. Our spies tell us Wilson was hanging with local act and party hosts The Whiskey Gentry. The actor and bandmates enjoyed bottle service inside the club’s exclusive Crystal Lounge. Vintage rolls out week two of the fun this weekend.

Wilson is in town shooting the upcoming big screen comedy “The Internship” directed by Shawn Levy (“Night at the Museum”) and co-starring and written by Vince Vaughn. The film centers on two 40-something slubs who inexplicably find themselves interning at a large tech company. Hilarity allegedly ensues. The film co-stars Rose Byrne, who is currently kicking Glenn Close‘s ass as rival lawyer Ellen Parsons on the final season of “Damages” on DirecTV.

Locals should be on the lookout for funnyman Will Ferrell as well. According to Variety, Ferrell has just signed to reunite with his “Wedding Crashers” co-stars here in Atlanta to shoot a cameo in “The Internship.” We hear that Ferrell is set to play Wilson’s electronics selling brother-in-law in the flick who makes hilariously inappropriate comments about his female clients.

In case you want to grab a lawn chair and head on over to the IMAX Googleplex now, “The Internship” is scheduled to open in theaters June 28, 2013.