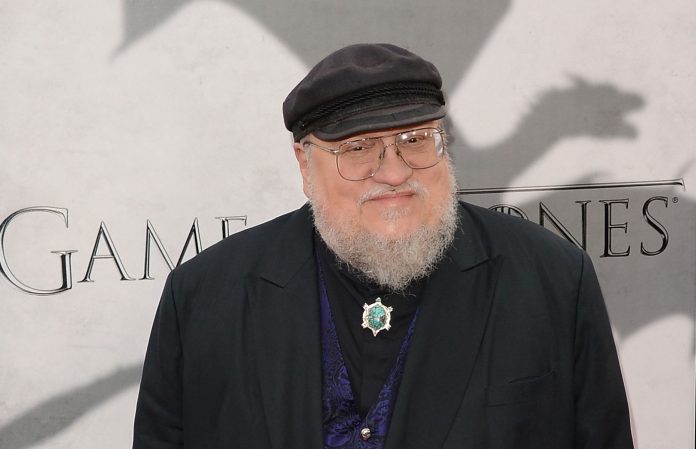 Say what you will about the Atlanta Falcons, but they have some pretty great celebrity fans: Samuel L. Jackson, Usher, Big Boi, the Carters, and . . . George R.R. Martin?

Well, for the Super Bowl, anyway.

Monday, on his personal LiveJournal, the Game of Thrones author (and apparently die-hard NFL watcher) wrote, “We have our SuperBowl: Patriots against Falcons. Nothing much to say but GO FALCONS.” He noted that while he had been hoping that both of Sunday’s playoff games would be more exciting,” The Falcons ripped right through Green Bay and the Patriots obliterated the Steelers. Neither contest was even remotely competitive.”

Martin cheers for the Giants and the Jets (he’s originally from New Jersey), and let’s just say he’s not exactly a fan of Bill Belichick’s boys. On January 9, he wrote “All the teams I cared about having been eliminated, I am now rooting for Whoever Plays the Cowboys and Whoever Plays the Patriots. And if we wind up with a Cowboy/ Patriot SuperBowl, I will be rooting for A Giant Asteroid Strikes Houston.”

He closed his post from Monday saying, “Meanwhile, I am thinking about next year’s draft…”

So, George is rooting for Atlanta by default. But still. Falcons fans will take all the love they can get as they get ready for the battle in Houston.