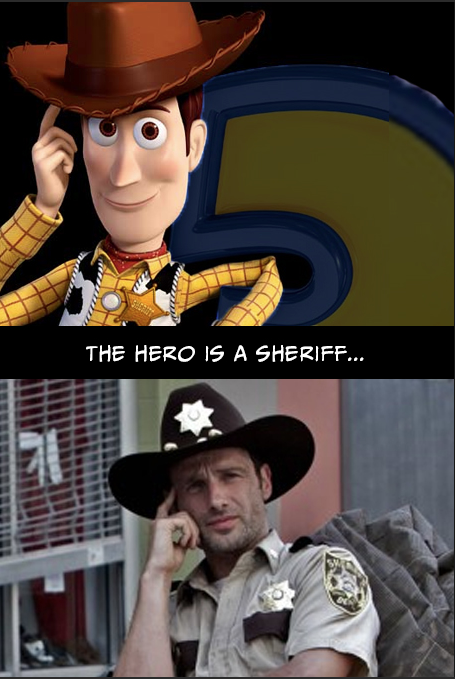 All I can say is, Redditor John Wray, aka JimmyLegs50, deserves an honorary Ph.D. for his exquisite piece of literary analysis.

As you’ll see clicking through the album below, Wray breaks down the similarities between kid classic Toy Story and future cult-classic (and current basic cable ratings ruler) The Walking Dead.

From the Buzz-Woody and Rick-Shane feuds to the uncanny parallels between the sinister Governor of Woodbury and Lotso, the unlovable hugging bear who rules Sunnyside daycare center with paws of steel, he’s uncovered an undeniable truth: the worlds of The Walking Dead and Toy Story are one and the same.

Which, one presumes, would make Atlanta and environs some kind of alternate universe Andy’s room.