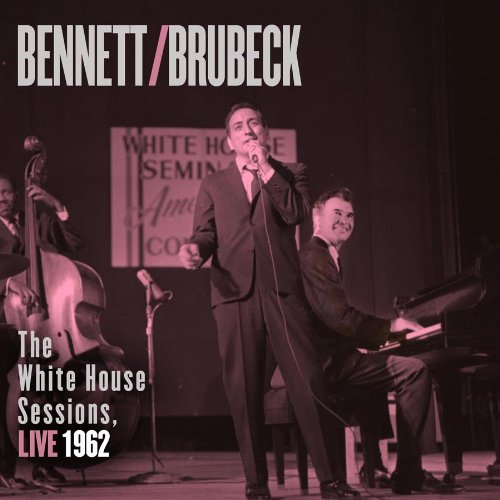 Considered lost for more than 50 years, this week Columbia Records finally releases Tony Bennett/Dave Brubeck, The White House Sessions, Live 1962. Recorded outside at the Sylvan Theater at the base of the Washington Monument, the Columbia Records recording artists, both at the top of their respective games, had been invited by President John F. Kennedy and the first lady to perform for journalism students who had spent the summer in Washington. The recording is one last unexpected gift to fans from Dave Brubeck who died at age 91 last December, just as a Columbia archivist was discovering the mislabeled masters in a vault. But Tony Bennett, 86, who returns to Atlanta this Friday night for a concert at Verizon Ampitheater was delighted to reminisce about the recording in this exclusive conversation with Atlanta magazine.

Q: Mr. Bennett, for jazz fans this is like Christmas in May. This unreleased recording had actually been mislabeled and sitting in a classical music archive at Columbia Records for more than 50 years?

A: I can’t believe they’ve resurrected this wonderful concert. That afternoon was so memorable. Somebody in the Columbia catalog department finally found this thing we did for President Kennedy.

Q: The only tune ever released from this concert was your rendition together of Harold Arlen and Johnny Mercer’s “That Old Black Magic.” You knew chances were good the entire show had been recorded and you had been after Columbia for years to find it, right?

A: Right. I couldn’t believe it when they sent it to me! The remarkable thing for me when I heard it again was that it sounded like I sound today. It just shows that being around great jazz artists like Dave Brubeck, you can learn a lot. It doesn’t sound dated at all. It sounds like something I would be doing today.

Q: Thanks to the success of “Take Five” a few years earlier, Brubeck was known as this mathematician of jazz, playing in all these crazy difficult time signatures. And here you are, a singing waiter from Queens made good. The Brubeck Quartet went on first that night in 1962. Standing in the wings watching them, did the singing waiter inside you have the urge to run for the parking lot?

A: [laughs] Well, no. Thankfully, by that time I had some experience under my belt. That same summer, I had played Carnegie Hall and I was pretty popular at that moment. About three weeks before that White House concert, I had come out with a recording that became an immediate hit, a song that would become closely identified with me — “I Left My Heart in San Francisco.” I was doing OK for myself!

Q: On this recording, you and Brubeck sound like a couple of jazz tennis players in the finals at Wimbledon. On your opening number together, you throw to him unexpectedly in mid-phrase by announcing to the audience, “Come along and listen to the lullaby of. . .Dave Brubeck!” and then, not missing a beat, he serves back the melody to you equally unexpectedly. On this recording you can almost make out the two of you smiling and sweating up there, can’t you?

A: Absolutely. You can even hear me tell the audience at one point, ‘Please give us a break because we’ve had no chance to rehearse this thing. Wish us luck!’ It was just completely spontaneous. I loved it. As a performer, I always listen to the audience. And that day was very special because it was an audience comprised of young people who had just graduated from colleges all over the country invited by the president to the White House. They were journalism students. They were going to be the future reporters and interviewers of the world and their reaction to what we were doing on stage was so wonderful and spontaneous. It was thrilling and it fed into what we were doing up there.

Q: So the Brubeck Quartet with Paul Desmond, the composer of “Take Five” on alto sax, Eugene Wright on bass and Joe Morello on drums opened the show. Then you did a set with the Ralph Sharon Trio and then you returned for four numbers with Brubeck, Wright and Morello. Desmond opted to sit out the final set. Any recollection on why?

A: I don’t know. I am disappointed that he sat out because his playing was so beautiful. Paul Desmond just made the Dave Brubeck Quartet shine.

Q: This was the first of two White House concerts you performed in 1962 for President Kennedy. Do you have any recollections of your interactions with him that day?

A: I don’t but I’m thrilled that I was later appointed as one of the 12 founding fathers of Kennedy Center. That’s a tremendous honor. I was very involved with the Kennedys. I’m a very optimistic person by nature. In those days, when the Kennedys hit the political scene, there was a great deal of hope. It was about lifting up the spirits of the nation. I campaigned for Kennedy. Looking back, it was one of my favorite times as an American. There was this real spirit of optimism.

Q: I’m going to take you back to the year 1951, sir. You and your old pal Rosemary Clooney were playing the Capitol Theatre in Washington D.C. And a fresh-faced cub reporter was sent to interview you both. Her name was Jacqueline.

A: That’s right! Of course back then she was Jacqueline Bouvier.

Q: That August night in 1962, did you have a chance to reminisce with the first lady about how all your fortunes had improved over the last decade?

A: I never did. But it was a thrill to play for her, of course. Back then, she was just a local reporter on an assignment. We had no idea she would become Jacqueline Kennedy. Unbelievable, right? It was years later that Rosie Clooney said to me, ‘Remember that young lady who interviewed us that day in the Capitol Theatre? It was Jacqueline Kennedy who interviewed us for Newsweek magazine!’

Q: So that’s proof of why it’s always good to be nice to reporters, isn’t it?

Q: Take us back to the finale of the concert that night, “There Will Never Be Another You.” It starts off as a ballad and then you kick it into high gear and this thing reaches a fever pitch and the excitement from the audience just feeds that fire. Brubeck managed to extract jazz phrasings from you not heard before or since. You were both pushing each other’s artistic limits. Was it fun to hear that again?

A: Until I heard it again recently, I had forgotten we had even performed that number. When I heard it again, I smiled. You hear us pushing each other creatively. It was really in the spirit of being complete jazz artists and listening to each other up there. It was just about Dave playing for the moment, me singing for the moment and singing for something that would work at that instant. It was a marvelous moment in time. Dave’s quartet had just had a big hit with ‘Take Five’ and I had ‘San Francisco’ on the charts. It was the only time during all my years at Columbia Records that everybody, all the executives, were bowing to us. That’s how many records we were selling!

Q: Your fans in Atlanta are excited about your return to town singing at the Verizon Amphitheater this Friday night. Through the years, you’ve done a lot of singing outside here in the south in the summer. With our summer weather, that can be daunting. Liza Minnelli has likened it to gargling molasses. Are there any tricks to that you can share?

A: Most of the time when we play Atlanta we play at Chastain, that wonderful outdoor theater. I just love it. It feels like the whole public of Atlanta is out there with you. And they’ve always been beautiful to me. That’s what fuels me. To have a crowd that warm and receptive every single time you play in front of them is just beautiful. I can’t wait to come back and sing for you all again.