Editor’s Note: Don’t get us wrong, we are as obsessive as any TWD fans. But let others pontificate at length. In our view, the show’s narrative conflict is so essential—living vs. undead, civility vs. anarchy, prey vs. predator—that it demands to be distilled in the purest form possible. What better serves that purpose than haiku?

Oh, Glenn and Maggie!
So adorable. So doomed?
No. At least not yet.

Carol teaches kids
that killing walkers is fun.
The others don’t know.

Walkers storm the fence.
Poke them with some pointed sticks.
But more will show up.

Carl’s voice is changing.
“Can I have my gun back yet?”
Rick relents. Armed teen.

Bring out the bodies.
Medieval method of
contagion control. 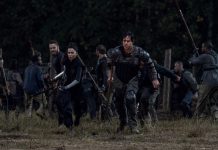 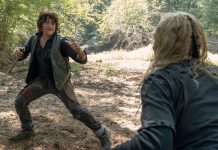 The Walking Dead Awards: Your way is not the only way 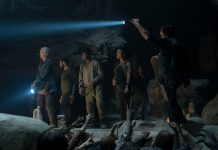