Home News & Opinion This is the End: A magical Atlanta Hawks season comes to a... 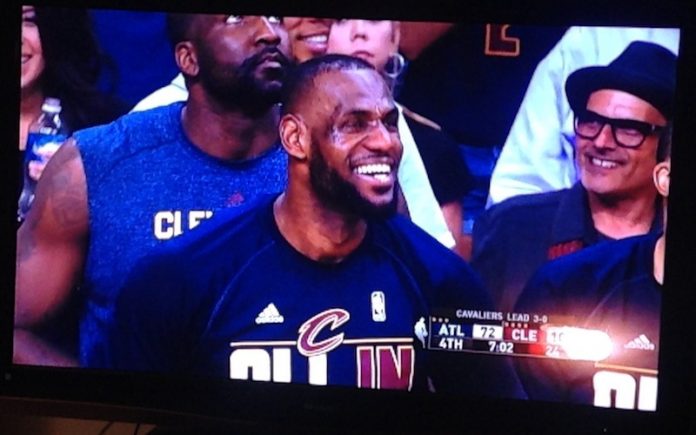 NBA legend and noted free-speaker Charles Barkley referred to your Atlanta Hawks as “Chihuahuas” last night. I learned about this via Twitter, because I’d turned off the volume on my television set midway through the third quarter of game four. I can’t stand the sound of ignominious defeat (118 to 88, if you must know) mediated through commentator voices. Especially the patronizing, backhanded compliments they toss off, like, “The Hawks had a terrific season, didn’t they?”

Well, yes, they did. But this inaugural first trip to the Eastern Conference finals wasn’t the way anyone wanted it to end. Game three was very close—and might have been won, if not for a terrible call against Al Horford—but game four was JV versus Varsity. There was one sequence, with three minutes left in the third quarter last night, when shooting guard Kent Bazemore (who did an otherwise admirable job of filling in for the gaping loss of Kyle Korver to injury) shot an airball for the Hawks, and Cavs center Timofey Mozgov came down and dunked it off of an alley-oop, without a smile crossing his Russian babyface. The Cavaliers are very good, but they looked like the Globetrotters last night.

The Hawks official Twitter account, like our shooters, just shot blanks: They could barely find anything positive to say about the first half. The best they could muster: “Not looking great, but we’ve been down before.”

LeBron James had a lot to do with what happened over the last week. He nearly averaged a triple double in this series against the Hawks. And his I’ve-been-here-before-who-are-you confidence was contagious, as the rest of his team caught fire. So distressing was their collective manhandling of the undersized Hawks that my girlfriend, Maria, had this honest exchange with me as the game came to a close:

MARIA: I think he’s on drugs.

ME: What kind of drugs?

Too good, alas. The 2014-15 Hawks’ obituary appeared across the screen multiple times during timeouts last night: 60 wins (25 on the road), a 19-game winning steak (12 on the road), four all-stars, coach of the year. A terrific season all in all, like the talking head said. But not supreme satisfaction. Not what we’ve been waiting decades for, since many of us were children. It seems to me that the trick as a fan—and, perhaps, a human—is to convince yourself that you are on the path to ultimate glory. Whatever that may mean. Whether you are or not…well, who knows. But it’s fun to pretend. So let’s pin our hopes on those two words that 29-nine NBA teams and their fans say when they’ve played their last game: Next season.