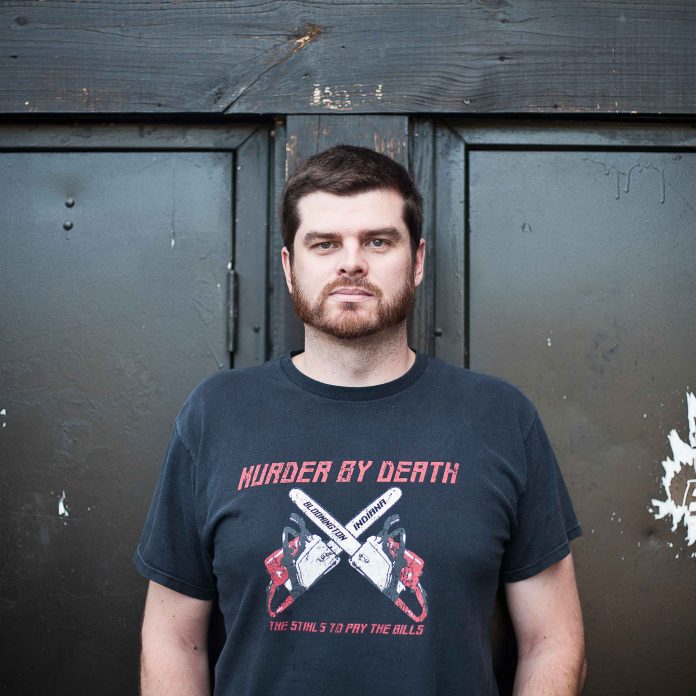 On May 4 and 5, Westminster Schools grad and the Masquerade music hall promoter Tim Sweetwood will bring twenty-eight bands—including the Lumineers, Band of Horses, and Drive-By Truckers—to three stages in the Historic Fourth Ward Park for the city’s inaugural Shaky Knees Music Festival. Before soundcheck, we talked with Sweetwood about why the city needs another music festival and what he hopes will make his different.

How did you arrive at Shaky Knees as the name for the festival? It’s from a My Morning Jacket song. I wanted something that wasn’t “The Old Fourth Ward Music Festival.” It was just a cool lyric from my favorite band that was inspirational.

From your job at the Masquerade, you watched as that old parking lot on North Avenue transformed into a city park. Did observing that revitalization help inspire this new festival? Definitely. It’s the right place, right time—not only for me and where I am in my career as a booker, but where this neighborhood is right now. It’s all come to fruition over here. Everybody wants to throw an event in that park right now, but since we’re the neighbor that sits right on top of it, it made logical sense that we would partner with the park space.

As a music fan, you’re a regular at Bonnaroo, Lollapalooza, and our own Music Midtown. What will set Shaky Knees apart? The music, the art, everything involved, will flow from start to finish. Sometimes at other festivals, I felt like I was bouncing all over the place. Hip-hop at 4 p.m. and country at 6 p.m.—that doesn’t flow for me. I wanted to create a festival you could enjoy from start to finish—come see the band you like and hopefully get turned on to other bands while you’re there. For example, Kurt Vile is in our Sunday lineup. I’ve heard the music but never seen him live, and putting him on the bill with Drive-By Truckers and Dr. Dog makes a lot of sense musically. I want people to enjoy being at the festival. And not only to enjoy the bands on the stage; I also wanted to create a festival where you would enjoy meeting the guy you bump into on the patch of grass next to you. If you’re both bobbing your head to the same band, liking the same music, it’s going to be more fun.

On the festival’s Facebook page, fans report they’re coming from Midland, Texas; Seattle; and Alberta, Canada. As the guy throwing this party, how nervous does it make you having fans fly in from all over? It makes me excited. It tells me we’re reaching further than just the local boundaries with this. If I live in Little Five Points and I go to this, that’s great. But if I’m coming in from Portland for the weekend, that’s bringing revenue to the city. And if someone in Portland is talking about your festival, that tells me we have a chance to grow this.

Your job title is festival curator. Does that mean you won’t be lugging kegs down North Avenue? You may be surprised. I may be out there delivering beer. “Festival curator” is a nice way of saying “jack-of-all-trades.”

Your website informs festivalgoers that those wearing spiked jewelry longer than three-quarters of an inch will have their accessories confiscated. Is that a life lesson learned from working at the Masquerade? Without a doubt, you learn a few things here. That’s just a general guideline for us. We felt we should include it to cover our bases, but I’m pretty sure there won’t be any riffraff at the festival.

So if I show up in a half-inch spiked choker, I’ll be okay? You’re good to go, man. In fact, I would highly encourage it.

This is an extended version of the article that originally appeared in our May 2013 issue.