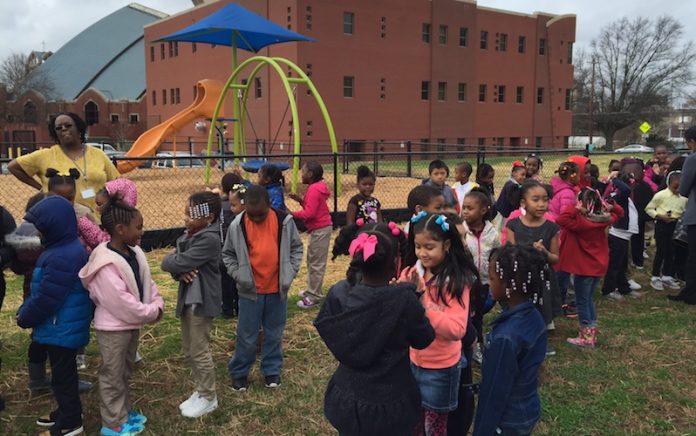 Thursday morning was gray but the rain held off during the dedication of a new playground at the corner of Irwin and Jackson streets. Antsy school children waited in line as dignitaries made speech after speech.

“This is a small but significant investment in the King Historic District,” said Amy Phuong, the City of Atlanta’s commissioner of parks and recreation. “That makes this a really beautiful day. A day about celebration.”

The playscape—brightly hued slides, saucer swings big enough to hold a half-dozen kindergartners, cool rope-climbing structures—has been a long time coming to this corner of the King Historic District. An old playground (where city councilmember Kwanza Hall said he recalled playing as a boy four decades ago) had been deemed unsafe and was removed in 2009. Students at nearby Hope-Hill Elementary had been making do with games of tag in an otherwise empty field.

In addition to Hope-Hill students, the new playscape will be used by visitors to the adjacent visitors center run by the National Parks Service. “It demonstrates what an urban national park can be,” said Judy Forte, the NPS Superintendent of the King Historic Site, looking spiffy in her ranger hat.

Wrangling the funding, permitting processes, and construction of the new playground on city-owned land was a collaborative effort of the city, the NPS, the school system, neighborhood groups, Hope-Hill parents, and congregants of Historic Ebenezer Baptist Church.

“This is really just about the people who are under four feet tall,” said Alvin Dodson, parks department design director, when it was his turn at the microphone. He asked the children to scream, and chose the loudest screamer—a perky girl in a blue rain jacket and a crown of braids topped with pink beads—to help with the ribbon cutting.

“Well, Nevaeh, I’m appointing you the official caretaker of the playground,” said Dodson.

Nevaeh helped Hall, Phuong, and others wield giant scissors to cut a yellow ribbon at the park entrance, and then she ran—screaming—onto the playscape with her classmates. As the children played, some attendees snacked on cookies from Highland Bakery and pouches of Capri Sun, and others made their way up Auburn Avenue for the next event: the reopening of the Atlanta Daily World building, the 1920s structure famous as the home of the country’s first black-owned daily newspaper. Damaged in the 2008 tornado, the building appeared destined for the wrecking ball, but was saved thanks to protests and petitions. Purchased by developer Gene Kansas last year, the building has undergone a $1 million restoration project, and yesterday visitors toured the two upstairs apartments (listed for rent at $1,950 a month) and clustered into the Condesa Coffee shop housed in one of the downstairs retail spots. The other will be occupied by an Arden’s Garden juicery.

These are not the kinds of efforts that get bragged about most when the mayor and city boosters tout the hundreds of millions of dollars spent on downtown projects. Consider: the 2011 dolphin show expansion at the Georgia Aquarium had a budget 110 times that of Kansas’s project. But while the projects are modest, they are meaningful. The playground is a significant addition for Hope-Hill, a school that only a few years ago had been slated for closure, but in 2013-2014 achieved the highest test-score gains in the Atlanta Public Schools system. It’s a desperately needed addition to the neighborhood. The Atlanta Daily World building, with its retail space and airy apartments, serves as a model for what can be done with the blighted historic buildings that line Auburn and Edgewood Avenues.

The two new projects—both, by the way, on the Atlanta Streetcar line—represent the kind of everyday amenities that are needed by the people who live in the area year-round, not just tourists.

Coming in Atlanta Magazine’s April Issue: A look at several projects on Auburn Avenue, the district named one of the most “endangered” historic places in the country by the National Trust for Historic Preservation. 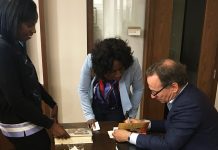 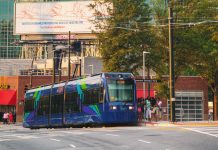