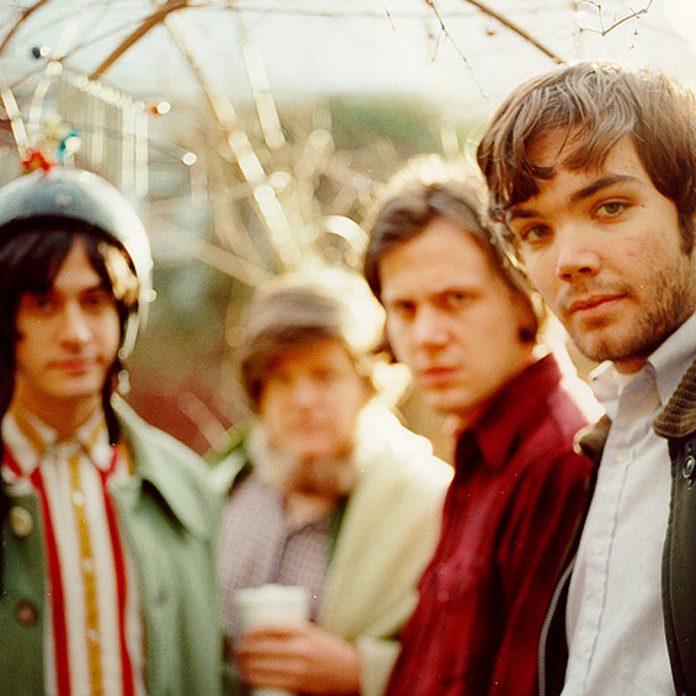 When Athens indie rockers Neutral Milk Hotel hit the Tabernacle for a pair of sold out shows this weekend, fans will need to abide by a few new rules, rules not needed when the act last gigged a decade and a half ago. In order to thwart the efforts of scalpers, Jeff Mangum and his bandmates have instituted a “paperless ticketing” policy for this tour. In other words, to gain entrance into this Saturday and Sunday night’s shows downtown, you’ll need to turn up with a photo ID and the same credit card you used to purchase the tickets and have it swiped in order to verify your purchase. Also, folks representing the Tabernacle are asking that you arrive early so that all the people who won’t read this (and who will inevitably be fumbling around in their wallets looking for the piece of plastic they left at home, thus creating a log jam) can be sufficiently coddled/educated prior to show time.

But the policy that has some NMH fans slightly soured on this reunion tour? The band’s strict “No Photography/No Videos/No Smart Phones” rule in place. Griped Marcus Thompson on the Neutral Milk Hotel @ 40 Watt in Athens event page: “I don’t really understand that in this day and age. If you’re afraid of showing your ass and having it broadcast all over the world, then major touring is not for you. . .It’s a $30 ticket. You should get to make a memento for yourself.”
Explained fan Sloan Simpson: “My impression when they did it last year [on Mangum’s solo dates] that it had more to do with not having a sea of glowing screens in everyone’s view.”

Judging from my cursory inspection on YouTube, the global social media outlet for drunk dudes posting swaying nausea-inducing hand-held drunk bootleg concert videos, Neutral Milk Hotel’s smart phone ban appears to be working. I was only able to locate two fan videos shot on this current reunion tour, both at the act’s Richmond concert this month. From a distance, fan Seth Mathiery managed to capture the song Aeroplane Over the Sea, the title track from NMH’s best-known album and fan Jordan Norris was able to shoot 1:20 of Two-Headed Boy before being caught by security.

If you, like the aforementioned fan above, desperately need a “memento” of the show, chances are excellent there will a shaggy haired, 4:20 favoring guy named Seth at a merch table perfectly willing to sell you a $45 T-shirt.